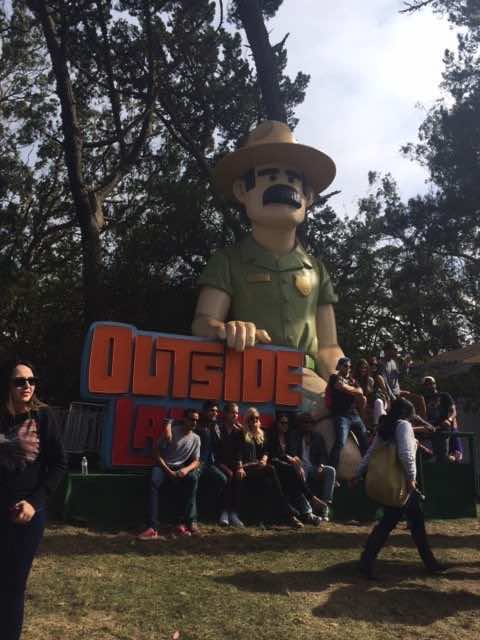 The first day at Outside Lands proved to be off to a great start. The weather in San Francisco,California was absolutely beautiful, after it looked liked it was going to be a foggy day, and once we had checked in to receive our credentials, the walk into the vast area saw Golden Gate Park transformed into a festival lovers dream. As well as the festival showcasing some of the worlds greatest acts, the pure amount of delightful food, drink and sweets available was unbelievable. From fried chicken, waffles, tacos, bbq, chocolate to live spun cotton candy, it was pure food bliss.

Outside Lands, its made up of  seven stages, each showcasing the different acts over the three day festival. With so much selection it was sometimes hard to choose which performers to see, but here is who we managed to catch.

First act we managed to catch was Brooklyn SynthPop band, Holy Ghost. Unfortunately we weren’t able to catch their entire performance, but we were able to catch their awesome dance track “Hold My Breath”, from their self titled album. To our dismay, they didn’t sound nearly as good live, so we were rather disappointed.

Chromeo are another Synthpop duo we managed to see and are made up of members, Dave 1 and P-Thugg. They released their first album back in 2004 and still today their signature 80s funk sound is alive and well. The duo played an hour full of get up and dance tracks starting with ‘Come Alive’, and continuing on with ‘Bonafide Lovin’, ‘Hot Mess’, ‘Mommas Boy’ and more. Both Dave 1 and P-Thugg engaged with the audience well making the crowd scream and sing along to tracks such as ‘Fancy Footwork’ and ‘Night by Night’. Overall, Chromeo sounded amazing and put on an amazing show. 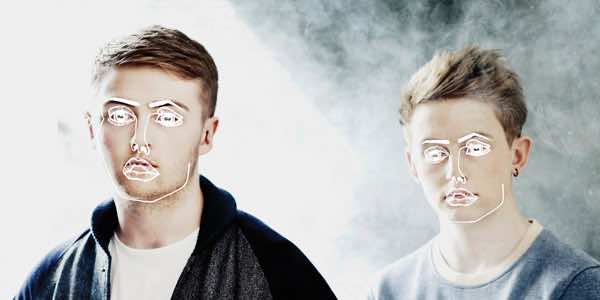 Up next were English electronic legends, Disclosure. With the crowd growing and waiting in anticipation, Disclosure finally took to the stage loud, full of strobes, and with their signature animated faces for all to see. Opening with ‘F For You’, the crowd were instantly pumped with this bass thumping track, and with three diamond shaped screens carrying the visuals, flames soon transitioned across leading into ‘When A Fire Starts To Burn’. Singing animated lips appeared on the screen during ‘Help Me Lose My Mind’ and Disclosure were as impressive to listen live as on CD. The highlight of their performance came with an encore of their huge hit, ‘Latch’. With the crowd thinking they had finished their set, the joke was on them as the familiar “Dah, Dah, Dah” began to play and the crowd went wild. A perfect end to their performance.

As Disclosure left the stage, the crowd grew even larger with the knowledge that up next, was none other than Kanye West. It was dark by the time Kanye was ready to perform and in true Kanye fashion, he came out with a roar. Bright red lights appeared and out of the dry ice smoke, Kanye appears in his signature bejewelled mask. Opening with ‘Black Skinhead’, ‘Ni** as in Paris’ and straight into ‘Cold’, Kanye had the crowd screaming for more, despite seeming rather angry the majority of the time; which the audience loved. At one point during his performance of ‘Clique’ he stopped to rant about the negative press he and Kim Kardashian had received and how he goes on TV to say “mad truthful things”. After about 10 minutes of ranting he then continued on with ‘Clique’ and performed other popular tracks such as ‘Can’t Tell Me Nothin’ and ‘New Slaves’. By this time, we had had about enough of Kanye and wanted to see if we could get to the Arctic Monkeys in time. Although Kanye West did spend ages complaining, he still put on a very high energy show and his fans definitely loved it. 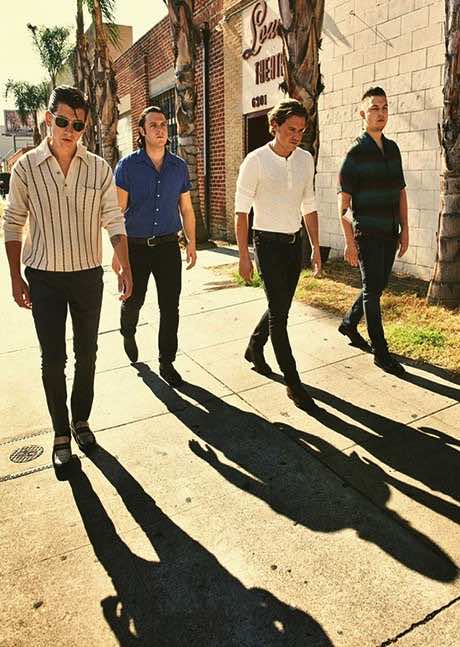 We were extremely lucky to catch the last five songs of the Arctic Monkeys, including one of our personal favourites, ‘Why’d You Only Call Me When You’re High?’. The Arctic Monkeys have a fantastic way with their lyrics, they’re so sensual and dramatic, and with Alex Turner sporting his retro fifties style it just made it even better. The last few songs of their performance were ‘Fluorescent Adolescence’, ‘One For The Road’, ‘I Wanna Be Yours’ and finally ‘R U Mine?’, and from what we were able to catch, they sounded magnificent. We would definitely want to try catch a full show next time.