With Sunday being the last day of the festival, it was only right to watch another San Francisco native, Watsky, aka George Virden. This young up and coming rapper is definitely a force to be reckoned with, and from the start of his performance, Watsky had the crowd amped up with his extremely fast flow. Although his set was only short, he had a packed audience and on the strength of popular tracks such as ‘Moral Of The Story’, ‘What Do You Take Us For?’ and his iTunes chart topper ‘Whoa Whoa Whoa’, if you’re going to listen to any new rapper, Watsky is definitely one for your playlist.

Chvrches were due up next, but due to “circumstances beyond their control”, the band cancelled last-minute and Paolo Nutini was moved up into their spot. We were bummed, not going to lie, but once the handsome Scot took the stage, the disappointment soon left. He has the voice of an angel. He started his set with ‘Scream (Funk MyLifeUp)’ & ‘Let Me Down Easy’, and was so gracious with the fact that he was moved into Chvrches spot, that he even did a cover of their song ‘Recover’. His voice, just made you wish his set could go on forever, as he finished the set with tracks ‘Cherry Blossom’, ‘Pencil Full of Lead’, ‘No Other Way’, ‘Iron Sky’ and ‘Candy’. A mesmerizing show.

Guys, we are so sorry that we can’t play @sfoutsidelands due Vancouver airport mess ups+a healthy dose of bad luck: https://t.co/6dMFh9XqtH 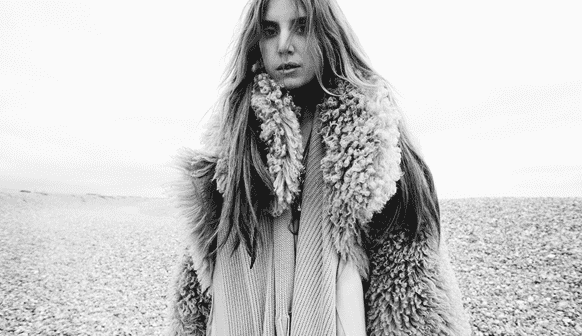 When you see a performer in photos, do you wonder if they look the same in person? Lykke Li is one of those performers who looks exactly as she does in her photos. There was an enormous crowd waiting to see the Swedish Indie Pop singer perform, and as she entered the stage dressed in black to ‘I Never Learn’, her distinct voice echoed out;  it cannot be confused with anyone else. With a lot of marijuana in the air, she asked the security guard to get her some from someone in the front row. A little while later, she was lying on the stage,  just relaxing for a few minutes and talking to the crowd about how stoned she was. But, even stoned, she put on an amazing show. Standout tracks included ‘No Rest For The Wicked’, ‘Little Bit’,’I Follow Rivers’, ‘Youth Knows No Pain’ and closing track ‘Get Some’.

Cut Copy came out ready to start a party. Their music has a way of just getting you in a good mood and makes you want to just dance, no matter who’s watching. Being a high energy band they put on a spectacular show, and at one point, the guitarist Tom Hoey was seen to be flinging his microphone around his head and vocalist, Dan Whitford, jumped down from the stage during the set to get intimate with the audience. The amount of bass coming from’Free Your Mind’ was stunning, but then again, what can you expect from Whitford; he started out as a DJ. ‘Hearts On Fire’ was the highlight of the performance, it was pure exhilaration, and after playing for an hour, they closed out their awesome set with ‘Lights and Music’.

The final performance of the night, and the weekend, saw The Killers take to the main stage. Drawing arguably the biggest crowd of the festival, they started their performance with ‘Mr. Brightside’ and it was non stop screaming from the crowd from there. The dashingly handsome Brandon Flowers asked the crowd “Are you gonna show us a good time tonight?” and of course with a ear shattering “yes” from the crowd, he replied “I believe ya!”. Playing an hour and half of their huge hits, no one wanted the performance to end. “Are we human or are we dancer?” Flowers asks as astonishing colored laser intellabeams turned the field into a giant dance floor. Closing out the evening with ‘All These Things That I’ve Done’ , ‘Shot at the Night’ ,’Jenny Was a Friend of Mine’ and lastly ‘When You Were Young’, The Killers were just awesome. Until next year San Francisco!