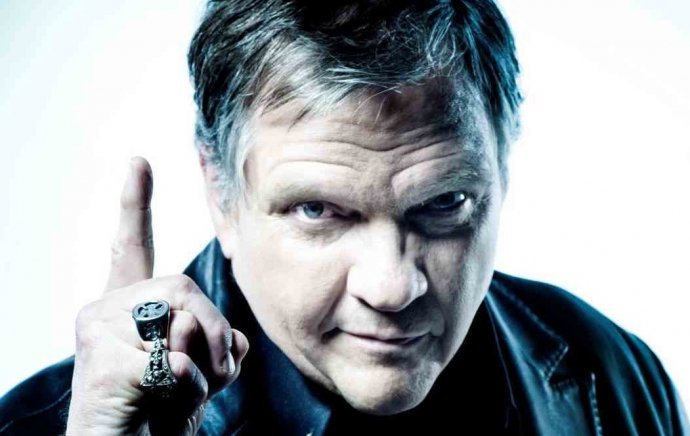 Meatloaf’s ‘I Would Do Anything For Love’ is probably one of the most epic rock ballads of all time. From its rolling drums to its Beauty and the Beast theatrical video, it just oozes pure fist grabbing excellence. BUT, there has always been one huge question that has plagued people’s minds about this song since it’s release back in 1993 – what is the thing he won’t do for love exactly? Got you thinking now haven’t I?

“I would do anything for love, but I won’t do that”, has been the topic of many a pub conversation but, before I burst your bubble and tell you the real answer, which is actually stupidly obvious, it’s time for some survey results; because who doesn’t love a good survey!

I went out and interviewed 95 people, 47 men and 48 women, to ask what exactly they thought “that” was and to see who really knew there Loaf facts. The challenge was on!

We were off to a good start with only 1 person not knowing the song (where the hell have you been?!) but then disaster struck as a huge 86% of people genuinely had no idea what “that” was at all; only 12 people actually knew the real answer (well done you!) Being nice though, I allowed the uneducated the time to recap over the songs greatness, and they soon came to me with some solid answers.

Lending from the romance of the track, it appears a number of people thought the answer may be love related with answers such as he wouldn’t change who he is, or that he wouldn’t kill her or get bored with her. All sounds lovely, but unfortunately, all wrong; although not far off.

A huge 38% though went with the notion, and the one I bet most of you first thought of at first, that he wouldn’t partake in some sort of bizarre sexual act; with one such act rising above all else! 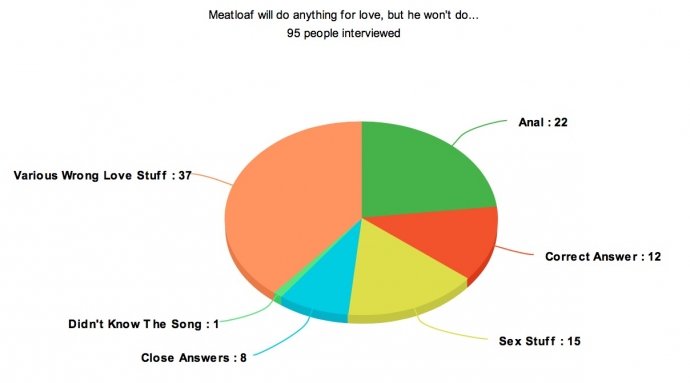 Is the real Loaf not a fan of a bit of brown eye fun? We will never fully know. But I can tell you that, although it would be great if bum fun was the real “that”, the reality is unfortunately not as exciting; although you are just about to kick yourself when you actually find out.

The funny thing about this whole thing is that he quite clearly says what “that” is in the song; not just once but multiple times. In fact, there is even more than one thing he won’t do for love. MIND BLOWN?!

Let’s take a look at some of the lyrics…

“But I’ll never forget the way you feel right now
Oh no
No way
And I would do anything for love
But I won’t do that,”

[Girl:]
“After a while you’ll forget everything
Just a brief interlude, and a mid-summer night’s fling
Then you’ll see that it’s time to move on”

[Girl:]
“I know the territory – I’ve been around
It’ll all turn to dust and we’ll all fall down
Sooner or later you’ll be screwing around”

So as you can see it’s basically been right there in front of us the whole time. How on earth we haven’t noticed all this before is beyond me!

In the end, there is a valuable lesson to be learnt from all this. Always read the lyrics properly, it will save a shit load of people time in the future. That and it may not be best to ask Meatloaf for booty loving. He might not of mentioned it in the song but 23% of people can’t be wrong, can they?