The spring has virtually sprung and the summer fast approaches, and with those long, warm and sunny days comes the prospect of a return to more normal, pre-COVID times.

Just the thought of reinstating our hard-to-recall freedom, as all remaining restrictions are finally lifted this June – all being well – has everyone obviously very excited. It’s a huge boost in confidence, convincing us that summer might yet still be on. An encouraging shot in the arm if you will (all puns intended), especially for all the music lovers amongst us who might be able to flock to the British countryside in their thousands once more, to attend the many live music festivals held across the UK. And it’s obviously not just us with the belief that this year’s festival season looks set to go ahead. The dedicated and passionate teams behind some of Britain’s world-beating open-air events have already begun name dropping across social media platforms, announcing their biggest and best lineups to date, in preparation for a summer festival season like no other, in 2021.

With all this hope and excitement thick in the air, we decided we’d knock together a short list of some of best live music festivals 2021 has to offer, both old and new, scheduled to take place throughout the summer and early autumn.

So, without further ado, check out our top 6 festival picks of 2021 below… 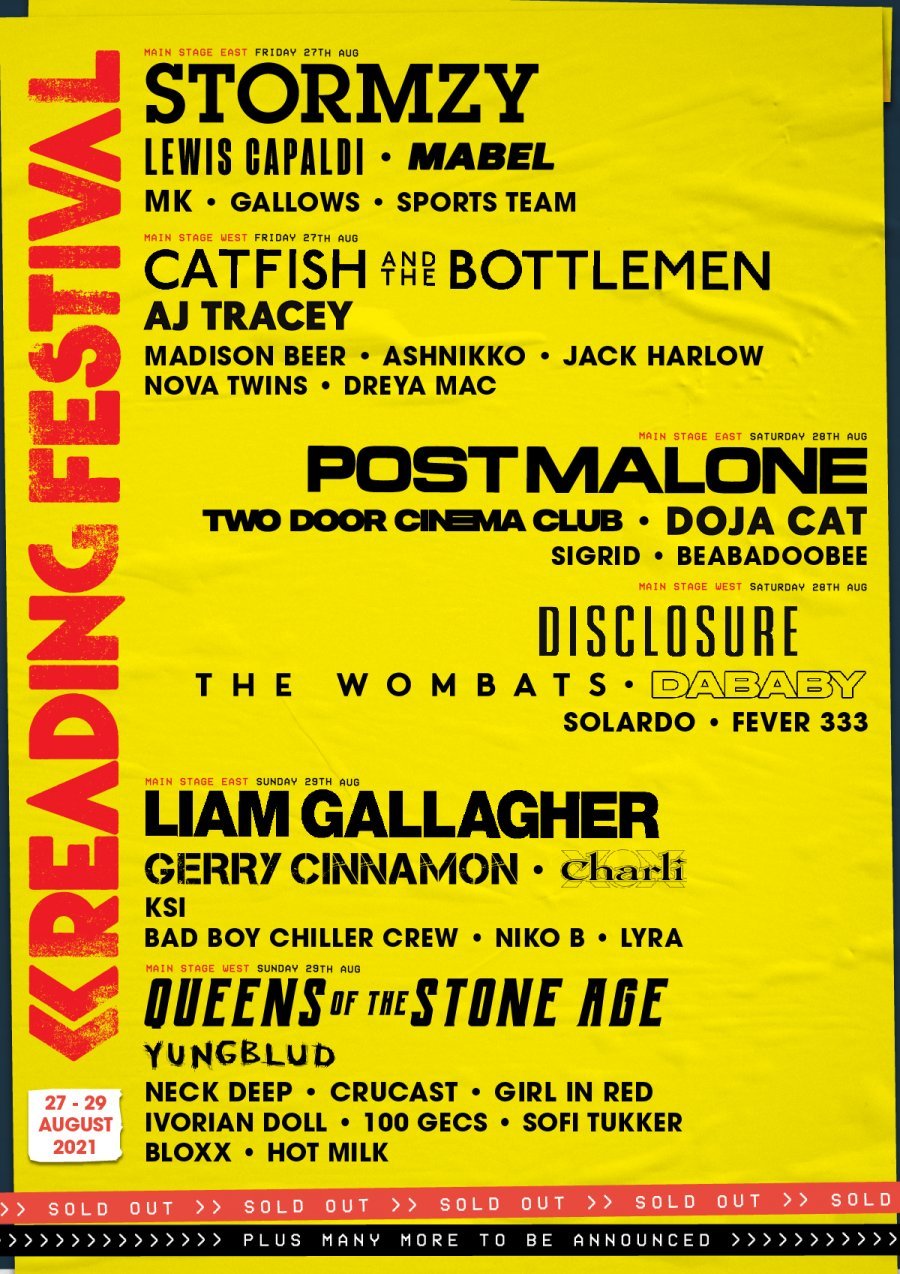 The world’s longest-running open-air music event, Reading Festival has been entertaining music fans from across the globe since the early 1960’s.

The mammoth event, which takes place over the bank holiday weekend in August this year, is set to provide up to 90,000 party revellers with performances from some of the biggest and most current names in music – the likes of Liam Gallagher, Stormzy, Post Malone, Doja Cat, Mabel, Queens of The Stone Age, Mabel and many more.

The same headline acts will also make their way up to the North of England to perform at Reading Festivals twin sister event Leeds Festival, which is held over the same weekend in August. 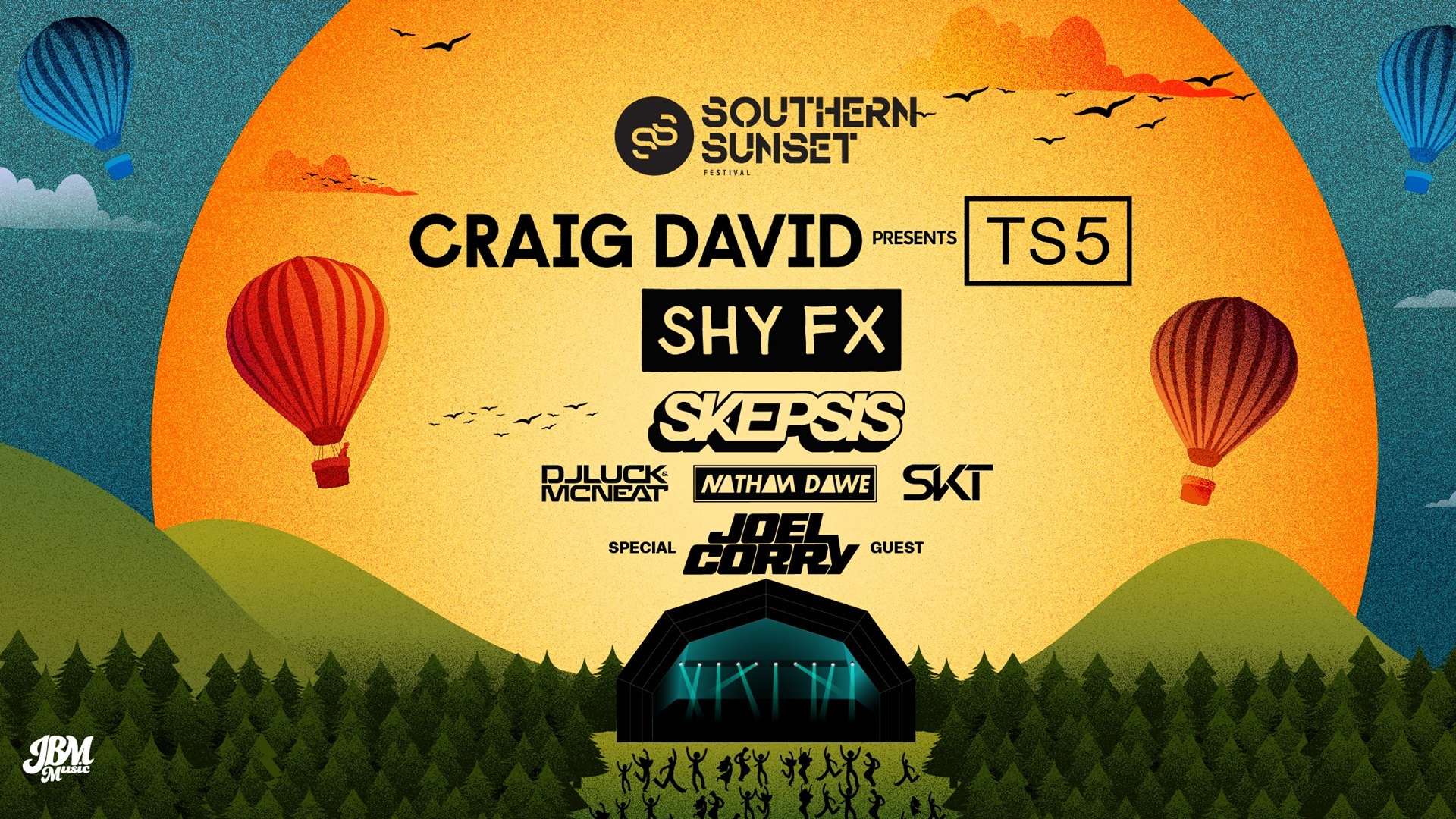 A brand-new festival for 2021, Southern Sunset will take over The Oval in Hastings, the city’s largest outdoor event space, on Saturday 7th August for a day of first-rate live music.

Set to headline the inaugural event, originally planned to take place in 2020, UK garage hero Craig David will present his TS5 party, delivering a mash up of some of his greatest hits live on stage. Other names confirmed to appear at the first ever Southern Sunset Festival include Geordie Shore familiar Joel Corry, SHY FX, Skepsis, Nathan Dawe, DJ Luck & Mc Neat and DJ SKT, with many more names still yet to be announced. 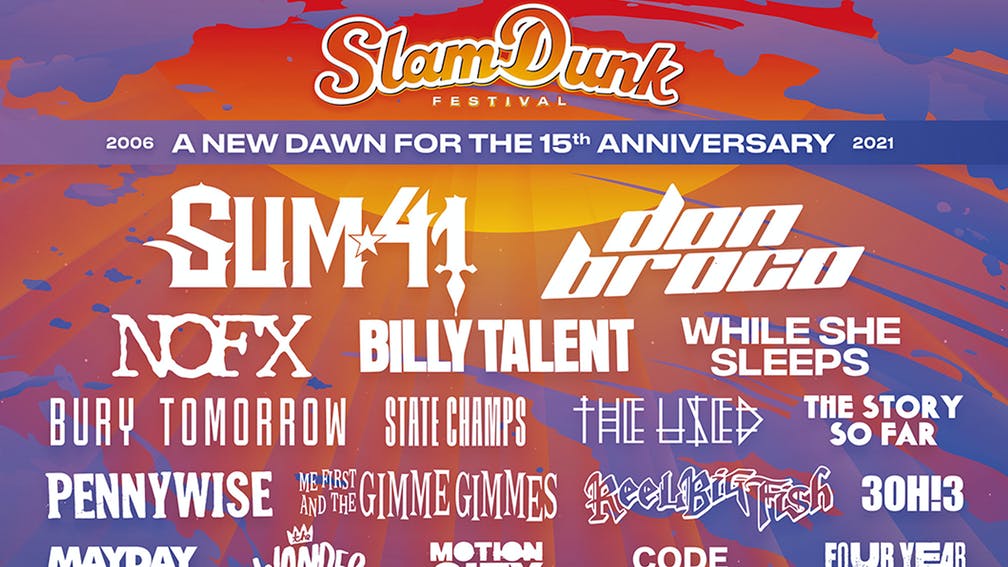 One for the punk rockers, the pop punkers, the metal heads and the emo’s – Slam Dunk Festival is the go to festival for those who like their music loud and heavy.

Returning to Leeds Temple Newsam Park and Hatfield Park in Hatfield, near St Albans, this September, Slam Dunk North and South will see stand out performances from some of the best bands and artists in alternative music, such as pop-punk legends Sum 41, Don Broco, Billy Talent, NOFX, Bury Tomorrow, While She Sleeps…the list goes on. 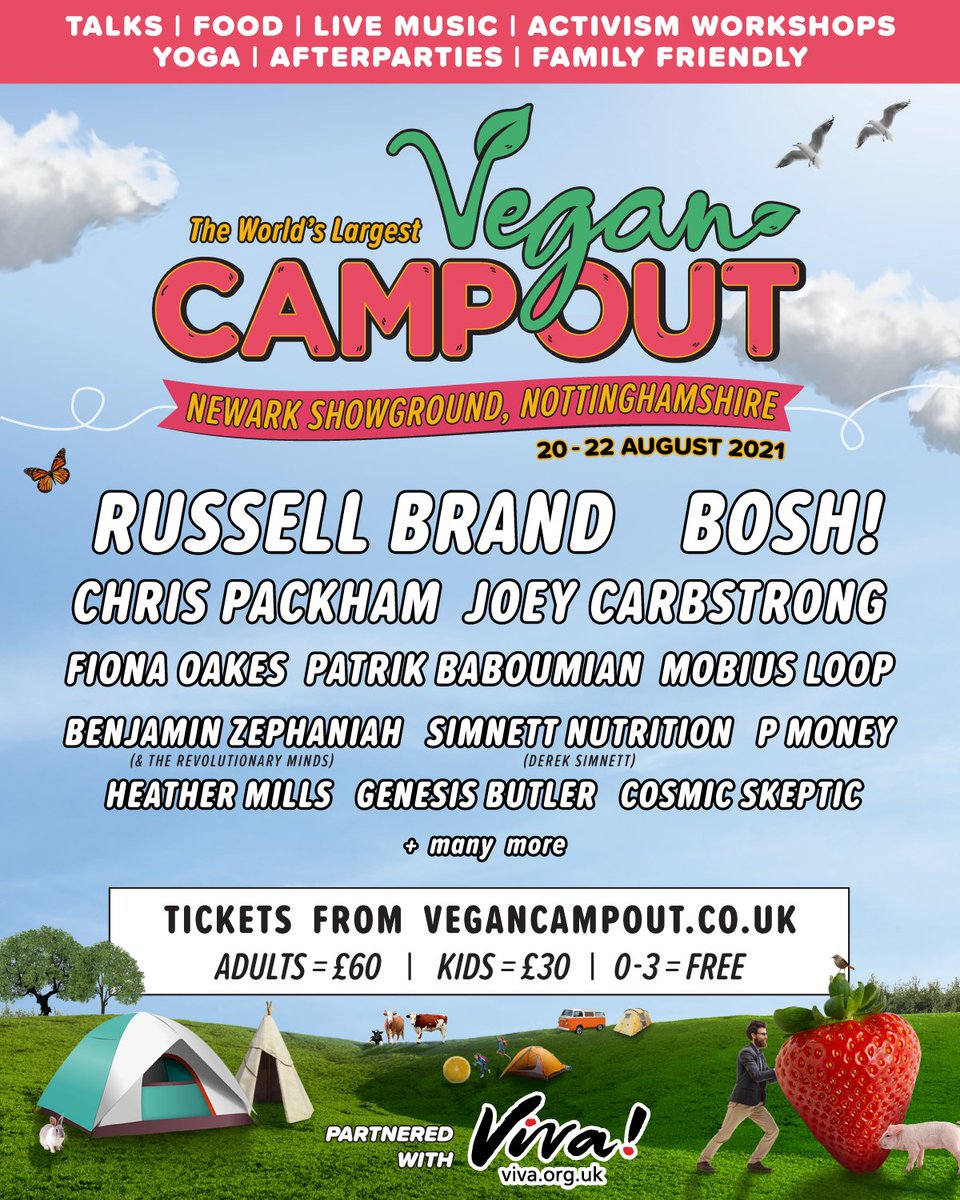 The world’s largest and most international vegan festival, Vegan Campout is a popular and regularly well-attended event held in rural Nottinghamshire.

Attracting fans from over 40 destinations around the world, the environmentally conscious and animal friendly festival boasts a number of live music performances, activities and experiences over three days in August.

Punters can participate in workshops and debates, attend yoga and fitness classes, dance through day and night, and finish with a delicious vegan meal from a range of passionate makers and vendors. 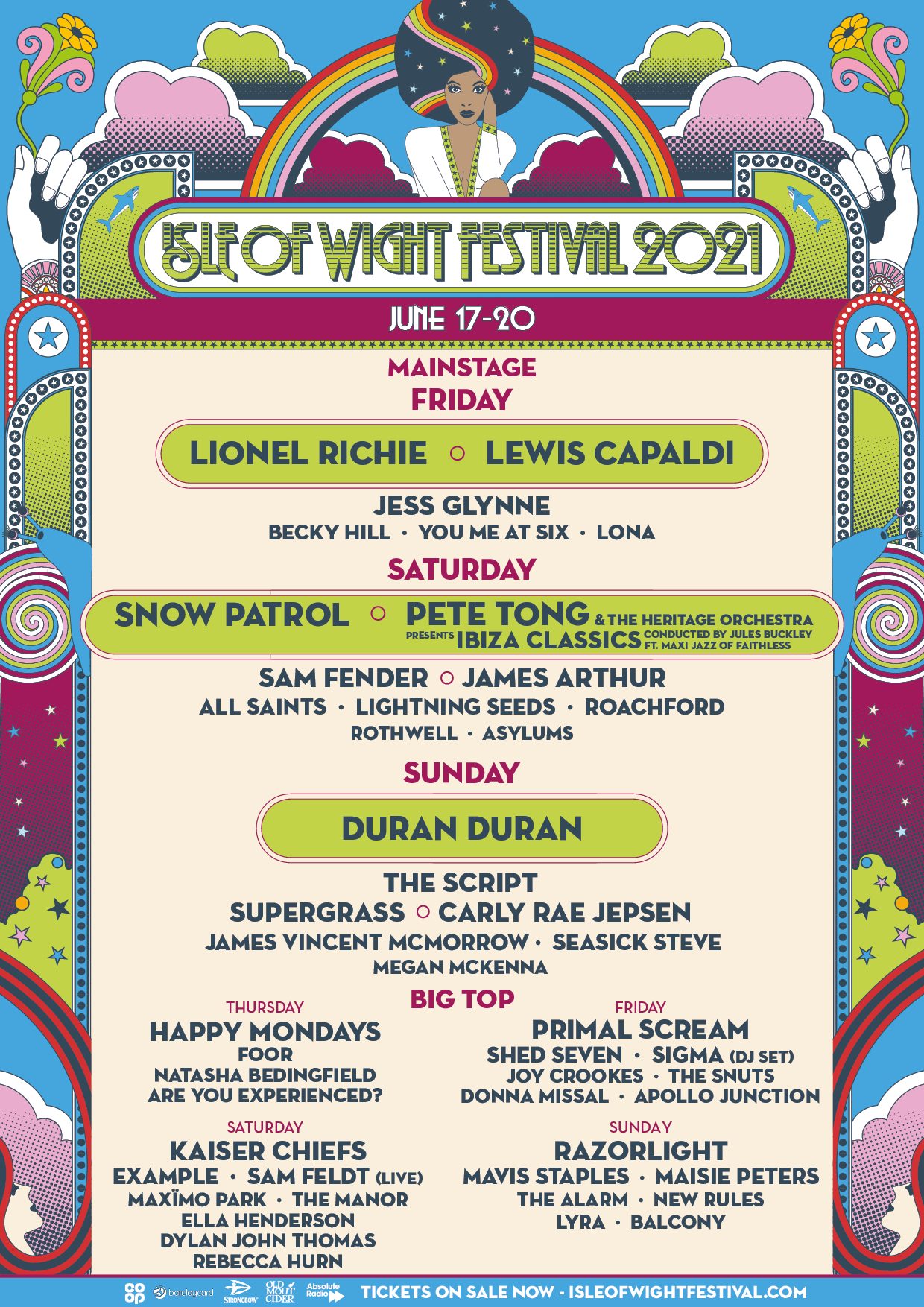 Another historic UK music event, the Isle of Wight Festival has played host to some of the most legendary rock star names over its illustrious fifty-year past. Amongst those to have rocked the festivals numerous stages include the likes of Jimmy Hendrix, The Doors, The Who, Joni Mitchell, Leonard Cohen and so many more.

This year’s comeback celebration, taking place from 16th-19th September, will see a multitude of current and contemporary UK stars wowing crowds of up 50,000 each day. A particular favourite for families, Isle of Wight Festival is well-known for its warm, welcoming and inclusive atmosphere. 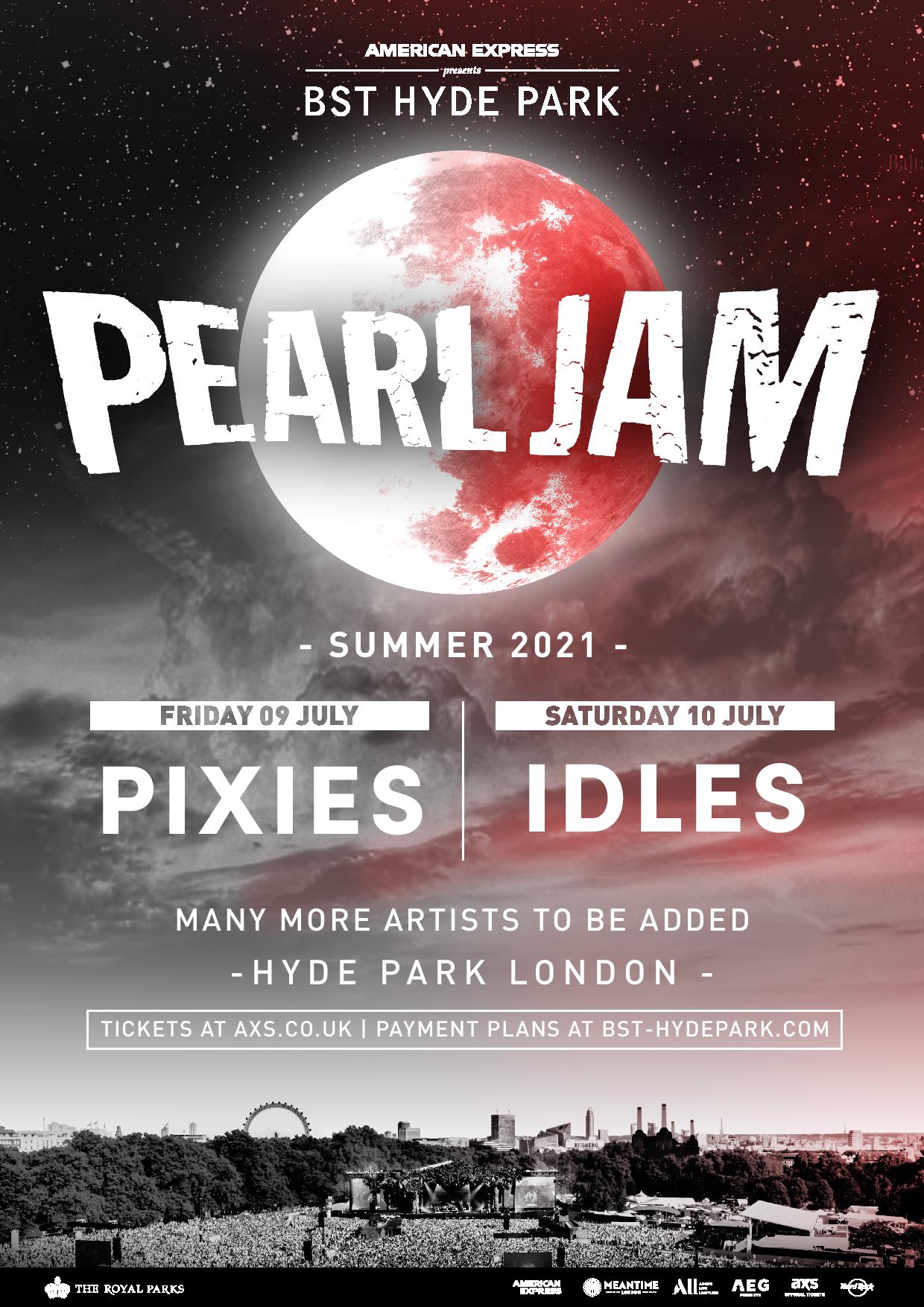 Showcasing the biggest and best from the world of pop, rock and hip hop, right in the green heart of the English capital, BST or British Summer Time Hype Park, is set to return in July this year, for a stellar series of summer events.

Those lucky enough to acquire tickets for this year’s run of shows can expect a jaw-dropping lineup of culturally important acts – from the likes of grunge rock pioneers Pearl Jam, performing their largest UK shows to date, to one of the most influential alternative acts, Pixies, UK punk rock acts IDLES, pop icons Duran Duran and Grace Jones, and disco legends Nile Rodgers & Chic.