As another day approached for the splendid Outside Lands Festival, we were geared up and ready to hit the stages. Unfortunately the weather was not as cooperative and full of fog and drizzle, which made it a little uncomfortable; but we didn’t let that stop us. 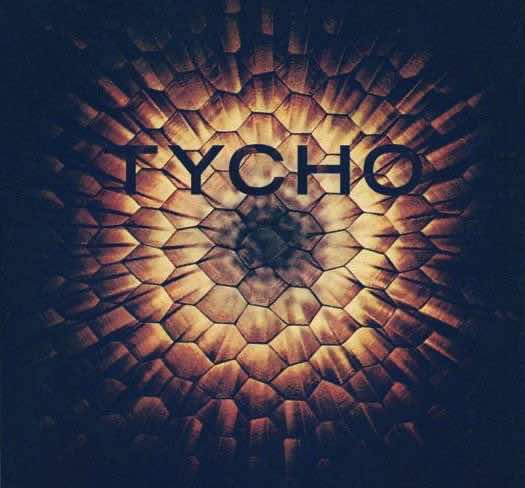 Tycho, aka Scott Hansen, was first up opening his set with ‘Awake’ from his new album of the same name. The native San Franciscan was back home to perform for the city and, if you’re looking for a new Electronic/Ambient artist to check out, he is definitely one to have on your radar. Performing tracks from his latest album, as well as Dive, he performed with his live band to a much more subdued crowd than we had seen the day before. Was a good change though. 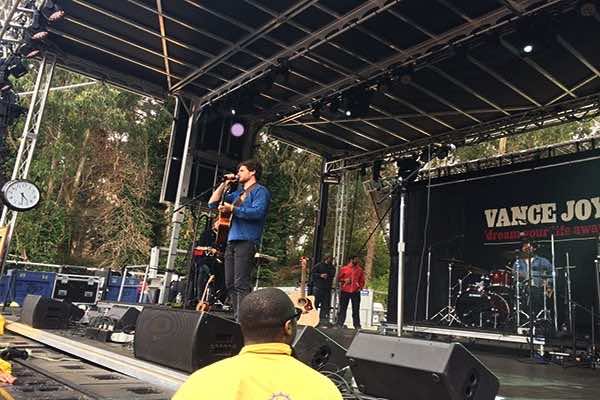 Vance Joy, aka James Keogh, is a singer/songwriter from Australia and seems to have quite a following with the young ladies; one of them even screaming she wanted to “have his babies”. Being quite a cold day, Keogh jokingly commented he needed to warm his fingers to then see someone from the crowd throw him a pack of hand warmers. This was great to see as, even though this was one the more mellow performances of the festival, Keogh still found a way to interact and excite the crowd. With a set-list consisting of tracks such as “Afar” “First Time” and “Mess Is Mine”, the set was finished off, of course, by “Riptide” and ended a sweet performance.

As Capital Cities  started their performance with ‘Kangaroo Court’ the crowd just couldn’t contain themselves. Spencer Ludwig, blasted out a mean trumpet and the sound was so clear you would think you were listening to the album. From Ryan Merchants voice, to Sebu Simonian’s prodigious job on the keyboard, they sounded incredible. ‘Chartreuse’, ‘Farrah Fawcett Hair’, were some set highlights and they ended the performance with fan favourite, ‘Safe and Sound’; a mix of the regular and remix versions. Needless to say, Capital Cities, blew our socks off. There really are no other words for the bands performance, it was utter bliss.

After Capital Cities, it was off to the other side of the park as Death Cab For Cutie had just started their performance. The iconic band started their set with ‘I Will Possess Your Heart’ and the crowd went nuts. There was not one song the audience was not singing along to, from ‘I Will Follow You into the Dark’, ‘Crooked Teeth’, ‘You Are a Tourist’, ‘We Laugh Indoors’,’Cath…’, ‘Soul Meets Body’ and ‘Grapevine Fires’, needless to say, there was no shortage of hits. Lead vocalist, Ben Gibbard, also announced they were working on a new album, which should be out this fall. With Outside Lands, putting together such an unbelievably amazing sounding stage, it made sure Death Cab For Cutie sounded exactly how the crowd wanted to hear them.

Last artist of the day was Duck Sauce, and can you say party? Opening with ‘It’s You’, they kicked off the performance like it was a rave, and they had the whole audience dancing. Unfortunately, follow up track, ‘Big Bad Wolf’, seemed to lose the crowds initial interest slightly, but luckily ‘Radio Stereo’, along with two-story inflatable duck, and ‘Barbara Streisand’, got them popping once again. Duck Sauce put on an awesome show and was the perfect ending to a perfect day of performances.