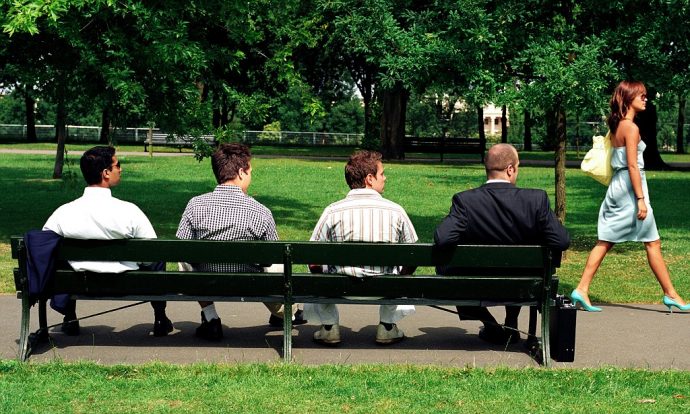 It’s officially summer, which means out come the skirts, dresses and shorts. But this obviously isn’t because of the heat or the fact that we simply like them – we’re secretly trying attract a man’s attention. Us girls thrive on recognition from men and it’s basically the reason behind everything we do. I mean, the only reason I think I’m attractive is because a man complimented me – I couldn’t possibly think that all by myself. That would be arrogant and conceited.

A shift in the seasons seems to have the ability to change all of our objectives as women. Who knew?! Apparently wearing a type of clothing that puts us on display means we’re begging for approval from others. And what better way to receive it than through catcalling?

Am I seriously supposed to feel flattered by a group of men leering at me and shouting derogatory comments after me? Oh yes, let me chase your car because I’ve been waiting all my life for someone like you to come along!

What do they actually expect?

This is a good question. And the answer scares me.

Men are superior and always will be. That’s what it screams, anyway, when I can feel all eyes on me as I walk past a pub and some guy (who’s almost certainly past his prime) gets horribly close to me, or when I dread stepping outside because I know wearing my new dress will attract unwanted attention.

What’s worse is that this has been normalised to the point that it’s expected. It’s expected that I will be catcalled when I leave the house and made to feel like I’ve done something wrong by walking around in a skirt. Like I’ve encouraged it. And if you walk past a group of builders, you can probably forget holding onto any shred of hope in humanity, because it’s pretty much guaranteed one of them will have a comment to make. You could be covering every inch of your body – they’d still have something to say.

Society has a tendency to blame the victim and this situation is no different. 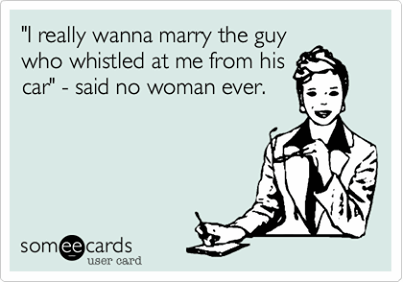 We may kid ourselves that it’s simply a part of life and brush sexist remarks off as compliments, partnered with a comment about the sensitivity of women. But I think I’m worth more than that. We all are. The fact that I’m wearing something that shows a little more skin because I’m hot(?!) doesn’t give you permission to treat me as if I’m meat in a butchers.

We are living in a world that’s full of double standards and different rules that are dependent on gender. Take slut shaming, for example. If a woman has several sexual partners, everyone has something to say, and none of it is positive. On the other hand, in the same situation a male is praised; he’s almost a role model amongst his friends. What’s more, there’s not even a word to ‘slut shame’ a man with – not one that has such negative connotations as the ones women get hurled at them, anyway.

When it comes to women, you’re either a slut or prude and there’s no in-between. Don’t forget that women can’t be two things at once. Intelligence counteracts beauty and there’s a limit to how many people we can be involved with. Double standards galore, if you ask me.

There’s no keeping society happy. It’s easy to say that you can do as you please in terms of your career, clothing, relationships and the way you view yourself, but society has made that more difficult than it should be. It has been drummed into us that we need validation from men in terms of our attractiveness, our careers and even opinions or thoughts. Even when a woman is in charge within the workplace they often look to men for approval or succumb to their needs, in order to be respected and listened to. We should be able to feel powerful, in control and speak our minds without having to justify ourselves and look to others for the OK. Everything we think and feel is valid, and no one can say otherwise.

I understand freedom of speech but I’d rather not hear it. If it’s a sexual comment being shouted at me I’d prefer if it wasn’t said at all. There is no need for it, and the fact that women feel obliged to turn a blind eye and tell themselves ‘it wasn’t that bad’ to avoid drama is disgraceful.

A month on the calendar, a particular season or a certain type of clothing doesn’t excuse it. The only person that owns your body is you. No one has any rights to it. Not because of their relationship to you, your job, and certainly not because you chose to wear something you felt comfortable in. I hear so many women following up a story about catcalling (which, FYI, is harassment – not ‘a bit of a laugh’ or ‘banter’) with ‘I wasn’t wearing anything revealing.’ And that shouldn’t even come up. Regardless of whether you were wearing the shortest skirt imaginable or a long dress covering your ankles – I couldn’t care less. It makes no difference.

Some men (before you accuse me of sweeping generalisations, I said some) have the bizarre belief that they can have whoever they like, and commenting on our bodies or the way we look as we walk past is them reiterating that fact. But funnily enough, women get to choose who they entertain and aren’t there for the taking. There’s no shopping cart that you can add women to online. Summer doesn’t come with an invitation to harass and ogle as women walk past.

As the song so brilliantly goes – ‘you don’t own me.’ And summer doesn’t change that. 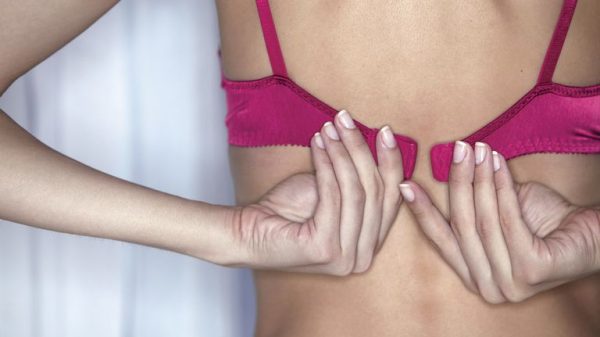 The Power of a Good Bra (And Treating Yourself to One)

Sometimes it takes a bad bra fitting experience in your adolescence to make you appreciate the confidence-boosting power of lingerie as an adult! 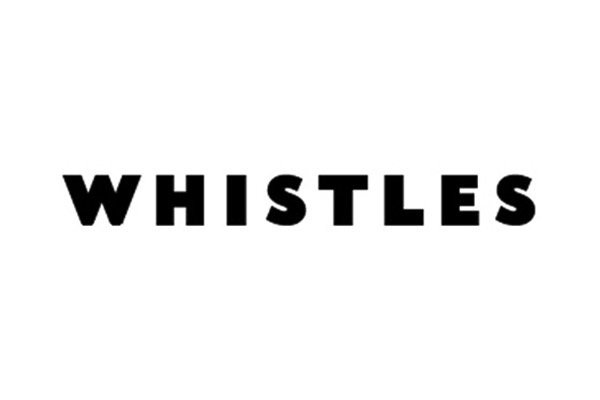 Monogrammed Fashion: Is it Classy or Tacky?

Is our obsession with super-personalised fashion a sign we're all too vain? Or just too fabulous? We consider the power of the monogram. 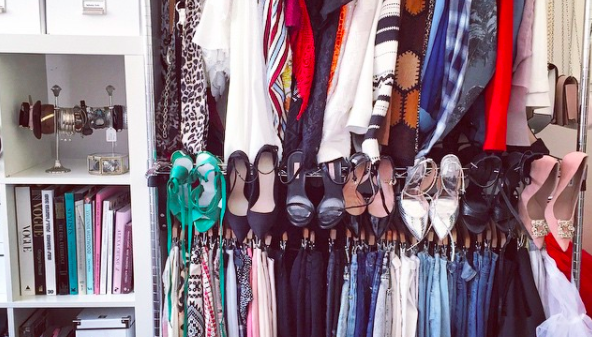 Why do we keep pushing perfectly lovely clothes to the back of our wardrobes to replace them with something new?

Why Do Some People Still Consider ‘Feminist’ as a Dirty Word?

"There are still so many ignorant people out there who believe that feminism is a movement built to degrade men, rather than to empower...