Women are defined by their attractiveness, placed on a scale determining their worth and fed the idea that being admired physically is something we should strive for and mentally store for a down day – because, apparently, it’s the biggest compliment we could receive. While men are applauded for their work ethic and personality, a woman’s appearance in the workplace is discussed more frequently than their actual work, and one of the first things to be pointed out about what she’s like is what she looks like.

We’re all despairingly aware of the expectations that society demands of us – how could we not be when the media spawns articles, adverts and TV shows about women being attractive like it has an uncontrollable fertility? Whether it’s stripping away all talents and focusing on fashion choices or commenting on an ‘au naturel’ look with a gobsmacked follow-up that the absence of make up hasn’t turned women who are categorised above us all in their flawless splendour into Medusa. Most of us are guilty of jumping on the ‘attractive’ bandwagon, labelling women with the world like it’s some sort of validation dust. We’ve been conditioned to think that the best thing a woman could be is attractive, and we lap up compliments about our perceived beauty in whatever form it comes in.

With men the focus is rarely on their exterior within the workplace, social events to celebrate achievements or on a mundane errand run to the Post Office – they aren’t showered with comments about their looks, be they positive or negative. Instead, society focuses on them as people. What they do and how they do it, rather than how they look when doing it.

This idea has come under the scrutiny of feminists and been thrown into the sharp limelight of the media, which can sometimes warp the point. Nude photoshoots and the conscious introduction of plus-sized models to clothing lines are a wonderful but bittersweet thing. Of course, the aim of such moves is to promote the rightful belief that every shape is beautiful, and your worth is not defined by it. There is no template that should be filled – you are you and that can never fail to be short of enough. But the fact that this needs to be pointed out at all is wrong. A conscious effort needs to be made and that shouldn’t be the case at all. Unfortunately, we’ve been socially conditioned to apologise for not being as skinny as Photoshopped models and to hide ourselves shamefully, internally deciding that we are not ready for the world yet because every detail of our appearance hasn’t been bashed back to factory settings, where everyone is identical and without originality. And so naked shoots and ferociously hashtagging #bigisbeautiful simply serves to further confirm the gaping flaw in society.

I’m acutely aware that we don’t exist in a wonderland – comparisons and judgement are a basic human function, but when we do choose to judge, we shouldn’t focus on where someone’s been placed on an imagined attractiveness scale. Women are just as funny, interesting, complicated and intelligent as men, and those are the things we should be admiring and commenting on.

In this article:attractive, feature, gender, media 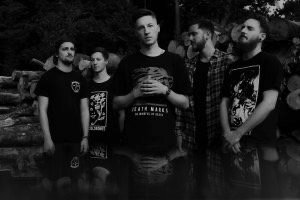 Stray From The Path’s Tom Willliams: “It will always be that our art is a perception of our reality”

Politics, hardcore, the future, the present, and the past - we explore this and much more with Stray From The Path guitarist Tom Williams

We all know pop punk is very much about heart-warming love ballads and emotional lyrical content. Oh, wait... sorry, pop punk is the genre...