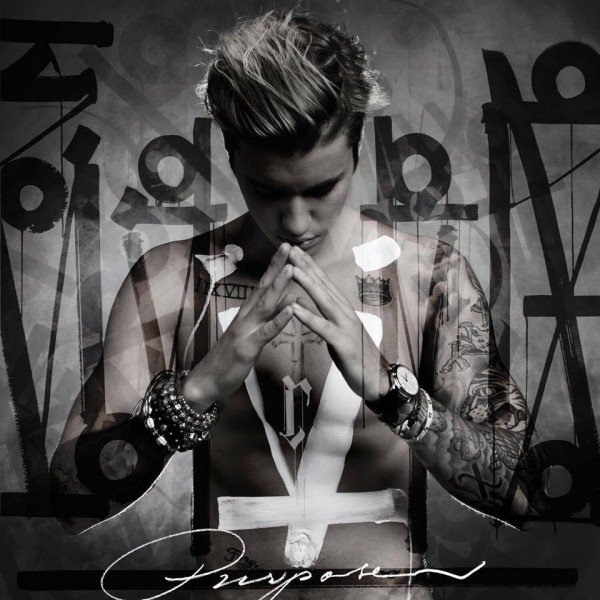 Long gone are the days of Justin Bieber as a teenage, floppy-haired pop star, crooning about puppy love. With his voice finally dropping completely (how long did that take?), the singer has reinvented himself, proving to all the doubters that he deserves his place in the music industry elite.

‘Mark My Words’ opens the album in a noticeably short style, at just over two minutes long. Bieber‘s voice falsettos on the reflective track, which with its slow tempo and repetitive synthesised cry in the background, stands a long way from the singles that preceded the album. Next song ‘I’ll Show You’ is about Justin‘s negative media image. With lyrics such as “Don’t forget that I’m human, don’t forget that I’m real/Act like you know me, but you never will”, he shows integrity as he encourages people not to judge his past actions without a hint of bitterness at those who tested his strength.

Singles ‘Where Are Ü Now?’ and ‘Sorry’ see Bieber progress into previously unknown tropical house territory, aided by collaborating with Skrillex, as well as Diplo on the former and Blood on the latter. Both are strong, but ‘Sorry’‘s electronic skittish beats and incorporation of horns give it a Caribbean-infused feel that is simply addictive.

Raw and gritty, ‘Love Yourself’ has Ed Sheeran written all over it as Justin sings about a breakup (ahem Selena?) accompanied by only an acoustic guitar. Gentle but unapologetically brushing off an ex with lines such as “My mama don’t like you and she likes everyone”, the track brings out Bieber‘s subtly sassy side. It almost acts as the sequel to single ‘What Do You Mean?’, which reflects the confusion of not knowing what your partner wants from a relationship.

‘Company’ carries more of a R’n’B sound, making it reminiscent of Justin‘s record Journals from 2013. It is a little like his single ‘Confident’ but benefits from an infusion of EDM with more polished production. Continuing the R’n’B run, ‘No Pressure’ featuring Big Sean slows the pace, a theme which is evident in the lyrics of the song – “You ain’t gotta make your mind up/ you ain’t gotta make your mind up right now/don’t rush, no pressure”.

Halsey joins Justin for ‘The Feeling’, putting her token hypnotic stamp on the track. Relatable and atmospheric, the song shimmers in glittering synths throughout. Closing the album is title song ‘Purpose’, a piano ballad full of sincerity. To end on such an emotional note – especially with the spoken word speech at the end – may be an unexpected finish to an otherwise upbeat party record. However, it gives Justin his moment of seriousness and it offers a light moment of reflection to praise the singer for his musical and personal progression in the last couple of years.

In this article:justin Bieber, purpose