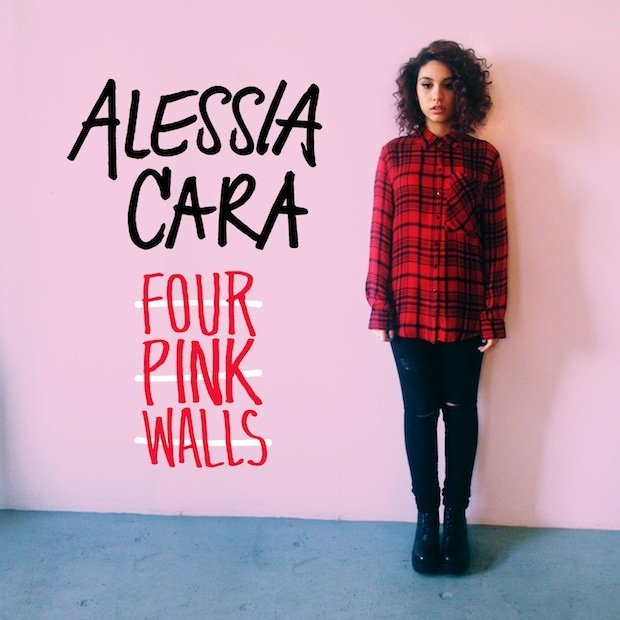 At only 18, breakout star Alessia Cara from Canada recently signed a deal with Def Jam Recordings. Her debut single ‘Here‘ created some buzz when it was first released with it being streamed over 500,000 times in it’s first week. Now Cara has released her debut EP titled Four Pink Walls which was released on August 28th.

The first track ‘Seventeen‘ is a personal song about Alessia growing up wishing she could go back to being 17 and wishing she was older. The chorus is sung with such soul and passion and starts the EP off with a bold statement and strong song writing skills. This is quickly followed by her single ‘Here‘ about those who secretly hate going to parties. Not only is the song relatable, but it’s also pretty timeless and captivating.

As the EP nearly comes to an end, love song ‘I’m Yours‘ goes deeper into Alessia‘s personal life, this time about relationships. The track has already become a fan favourite since the EP came out and it’s no wonder with it’s genuine and yet again has relatable lyrics.

The EP title track ends this mini record on a soulful note reminiscent of Amy Winehouse, one of Cara‘s biggest influences. The song has a retro feel as she sings about her old bedroom and what she used to dream about.

If you haven’t discovered this new talent, then you should because you’re going to want to boast you discovered this young lady really early on when she blows up. Her career is only going to get more exciting and a whole lot bigger than it is and we’re looking forward to seeing where Alessia is going to take a full album!