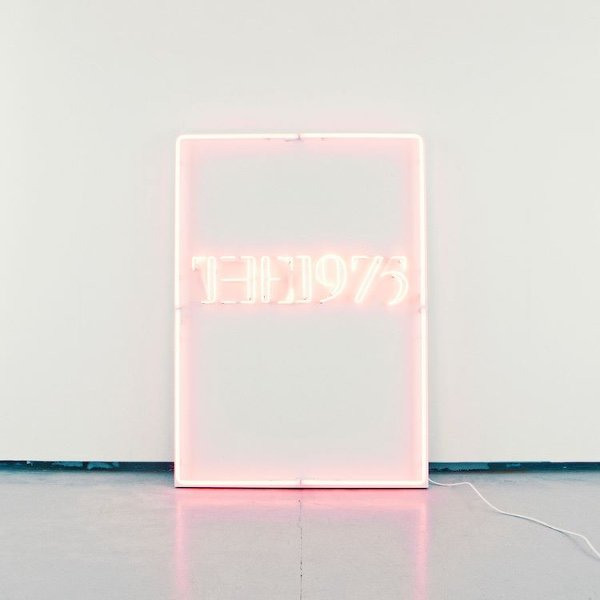 The 1975’s newest album, I like it when you sleep, for you are so beautiful yet so unaware of it, is a messy jumble of summer synth-pop songs, upbeat ‘80s-style funk, dreamy instrumental tracks and slow ballads; while a mixture of different style tracks can often work, it seems to lack the depth and charisma of their 2013 self-titled debut album, The 1975.

The album boasts super-funky, synth-heavy singles ‘Love Me’ and ‘UGH!’ which are both equally as groovy; the video for ‘Love Me‘ shows energetic frontman Matty Healy sporting heavy blue eyeshadow, shirtless and in leather trousers wobbling around with a bottle of fizz – I  guess they’re kind of like a slightly edgy One Direction…

Themes of love, loss and heartbreak, reoccur throughout the album, but the band do well in concealing what could have been a cliché cheesy pop album with more experimental Brian Eno style sounds and a strong ‘80s influence that runs throughout it; this, in my opinion, is what makes The 1975 different to any other boy band at the moment. Prominent musical influences are evident in the album and there’s a funky feel-good 70s/80s vibe to much of it. Snippets of New Order’s ‘Bizarre Love Triangle’ and Bowie‘s infamous ‘Fame’ (ironically released in 1975) can be heard on some tracks including ‘Love Me‘ and ‘She’s An American’ . However, it really does feel like it’s in a bit of a jumble, some songs feel out-of-place; take the instrumental interlude “Please Be Naked” or the experimental six and a half minute long title track for example.

Sometimes the lyrics seem naïve and clumsy; last year in response to Justin Bieber’s ‘What Do You Mean?’ Healy exclaimed “Can we stop talking about nothingness? No one’s asking you to inspire a revolution, but inspire something.” Yet if you ask me, the lyrics, “If she says I’ve got to fix my teeth, then she’s so American (she’s American)” in ‘She’s an American’ aren’t entirely inspiring; nor are the lyrics, “Your eyes were full of regret, and then you took a picture of your salad and put it on the Internet” in the song, A Change of Heart, which is rumoured to be about Taylor Swift. But with seemingly ridiculous lyrics like this, a bizarre sense of irony is established in the album which is appealing, as it suggests that the band, while taking their music seriously, don’t exactly take themselves too seriously.

It’s a good album but it’s just not anything more than just good. While it may be cool and controversial to create a 75-minute album as it’s not often done by popular bands today, it may not exactly be pragmatic. It’s hard to keep focus on the album for more than ten minutes at a time, and in all honesty, it seemed to drag on a bit. The album title may be a bit of a mouthful, but it’s not as difficult to swallow as the album itself.