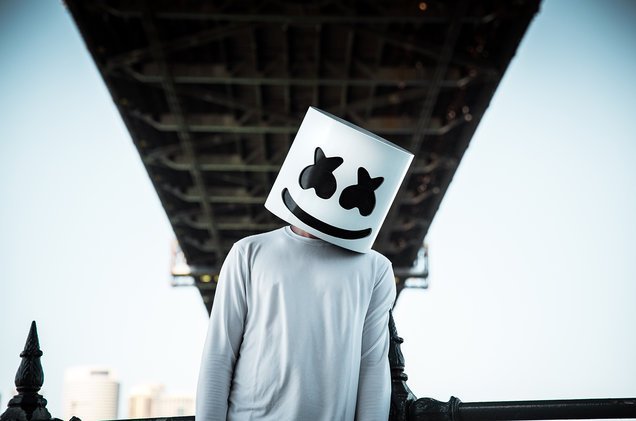 The smiley, white bucket wearing DJ Marshmello has been making huge waves over the last few years, building his Mellogang army and generally bringing a thick blob of sticky joy to the EDM scene.

Starting his Mello journey back in March of 2015, he dropped the track Wavez on Soundcloud. A few track releases later, we have Skrillex reposting ‘Find Me’ to his mass of fans, Mello starts getting bookings at events such as Hard Day Of The Dead and Miami Music Week and shit starts to get real.

Then, with the release of his debut album Joytime in early 2016, Marsh saw his climb to the top continue unabated topping out at fifth on the electronic/dance charts!

Since then, Marshmello has gone on to become not only hugely successful, but his work in 2018 alone has been prolific enough to earn him the number five spot on the list of highest paid DJs that year, with earnings reaching upwards of $23 million. Boom! Mello is in the money!

Now fresh off the release of Joytime II, and a collaboration with Bastille, and more recently Chvrches, Marshmello looks to be setting himself up as one of the most influential and important EDM artists of this generation.

But is this happy-go-lucky star all he seems, or is there a darker side to Marshmello and his Mellogang cult? Mello is indeed an EDM god, but he is a kind and caring one, or an egomaniac ready to bring a reign of terror to the masses?

Check out this recently uncovered backstage footage and make your own mind up!

You can keep connected with Marshmello at https://www.facebook.com/marshmellomusic/