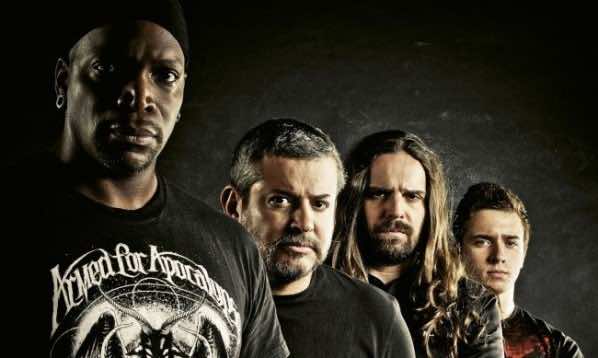 Brazilian metal icons Sepultura have announced a UK and Ireland tour for February 2014.

The tour is in support of the band’s forthcoming album ‘The Mediator Between Head And Hands Must Be The Heart’ set for release on  October 28th via Nuclear Blast.

‘The Mediator Between Head And Hands Must Be The Heart’ was recorded with renowned producer Ross Robinson and Steve Evetts, who between them have worked with the likes of Korn, Machine Head, Fear Factory and The Dillinger Escape Plan, along with having history with Sepultura spanning best part of 20 years!

Catch them next year in these cities:

In this article:Fear Factory, Korn, Machine Head, nuclear blast, rock/metal, Ross Robinson, Sepultura, The Dillinger Escape Plan, The Mediator Between Head And Hands Must Be The Heart