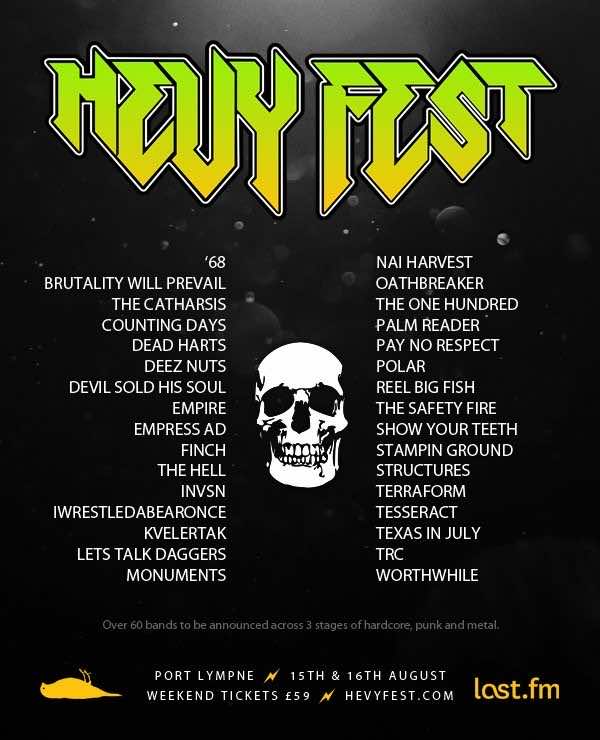 2013 severely sucked due to a lack of Hevy Festival so we cannot wait find ourselves in a hungover animal park again this year.  Finch have been announced as Friday’s Main Stage headliners after their recent reformation of their original line up. As well as the insane Norwegian epics Kvelertak and Canadian’s Structures joining INVSN, Pay No Respect, TRC, Worthwhile, Dead Harts, Show Your Teeth and Counting Days.

Hevy Festival also opened up with Atticus band competition with winners Terraform and Lets Talk Daggers also joining the bill. Don’t miss out on the 1st tier tickets and  get them now!