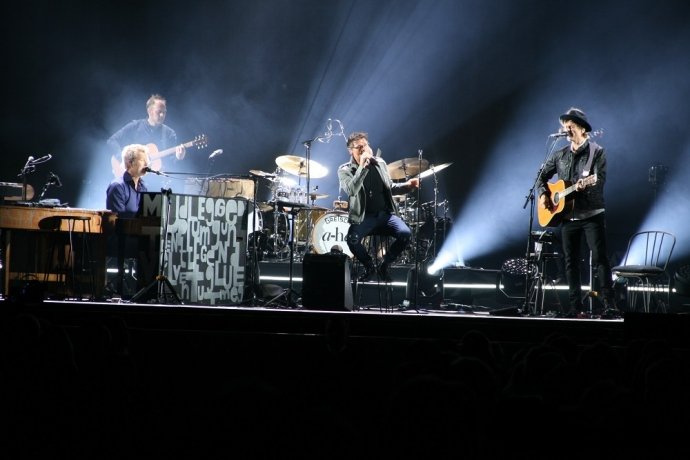 Who would have thought that after A-HA announced their split in 2010, we would see the band reform, record albums and take to the stage again just a few years later?

The legendary synth-pop trio have kicked off 2018 by taking to the road to perform a special MTV Unplugged acoustic set in venues around the UK and Europe. The set features songs from their most recent album ‘Summer Solstice’, which the three Norwegians recorded in front of a small live audience at the end of 2017.

When the tour landed in Hannover, Germany on 26th January, Morten, Magne and Paul put on a brilliant show and proved that the words ‘A-HA’ and ‘unplugged’ go together perfectly.

You might worry that stripped back versions of their well-known electro-pop songs won’t work as well but the opposite seems to be the case. The audience jumped to their feet in the all-seated venue to celebrate the band and the songs they all know and love. The incredible energy in the room continued throughout the show. 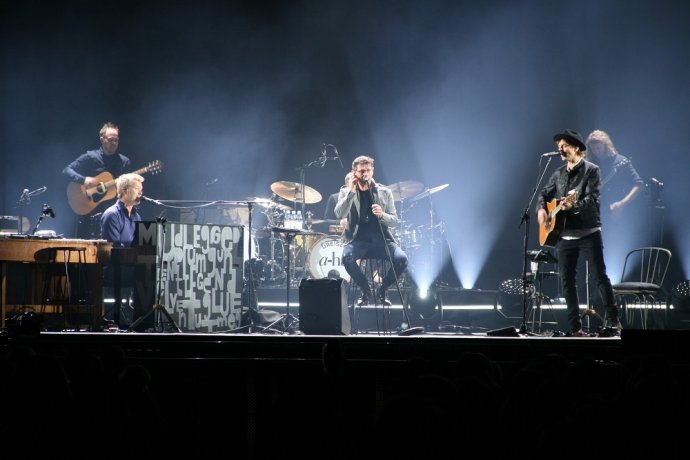 Moten’s voice sounds absolutely perfect in this stripped back setting, hitting every note. Not having a backing track to ‘distract’ from the beautifully written lyrics made this a really touching and mesmerising performance to watch.

The band’s generous 20-song set list consists of hit after hit, including of course ‘Take On Me’, ‘The Sun Always Shines On T.V’ and ‘I’ve Been Losing You’, with two new songs in between. There are even a few gems that they hardly ever play live thrown into the mix, which is a real treat.

This is definitely a show worth seeing and whether you’re a hardcore A-HA fan or not, you won’t walk away disappointed. They may have pulled the plugs on this tour, but there’s no doubt that they sound better than ever. We can’t wait to find out what else the band has in store for us in future.

A-HA will be bringing their MTV Unplugged show to London’s O2 Arena on 14th February, so make sure you catch it. Tickets are available here.