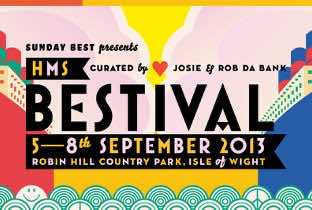 Bestival organiser Rob Da Bank has confirmed that the festival will expand to other countries.

The event, which saw its 10th birthday last year, attracts 50,000 each year. Rob Da Bank saw this as a good time to expand, with a distribution deal launching Bestival in North America to be signed next week.

After North America, the festival will travel to sites across Europe. Of the deal Rob Da Bank said: “The deal has been a long time coming. I’ve never been in this industry for the money but now I’m 40 with three small kids, it’s time to get business minded.“We’ve made a real impression on the festival market and pioneered a lot of ideas,” he said. “People think Bestival pours multi-millions into my bank account every year and it doesn’t…That’s not a sob story but now it’s time to knuckle down a bit. My twenties and thirties were a total laugh but now I have to be responsible.”