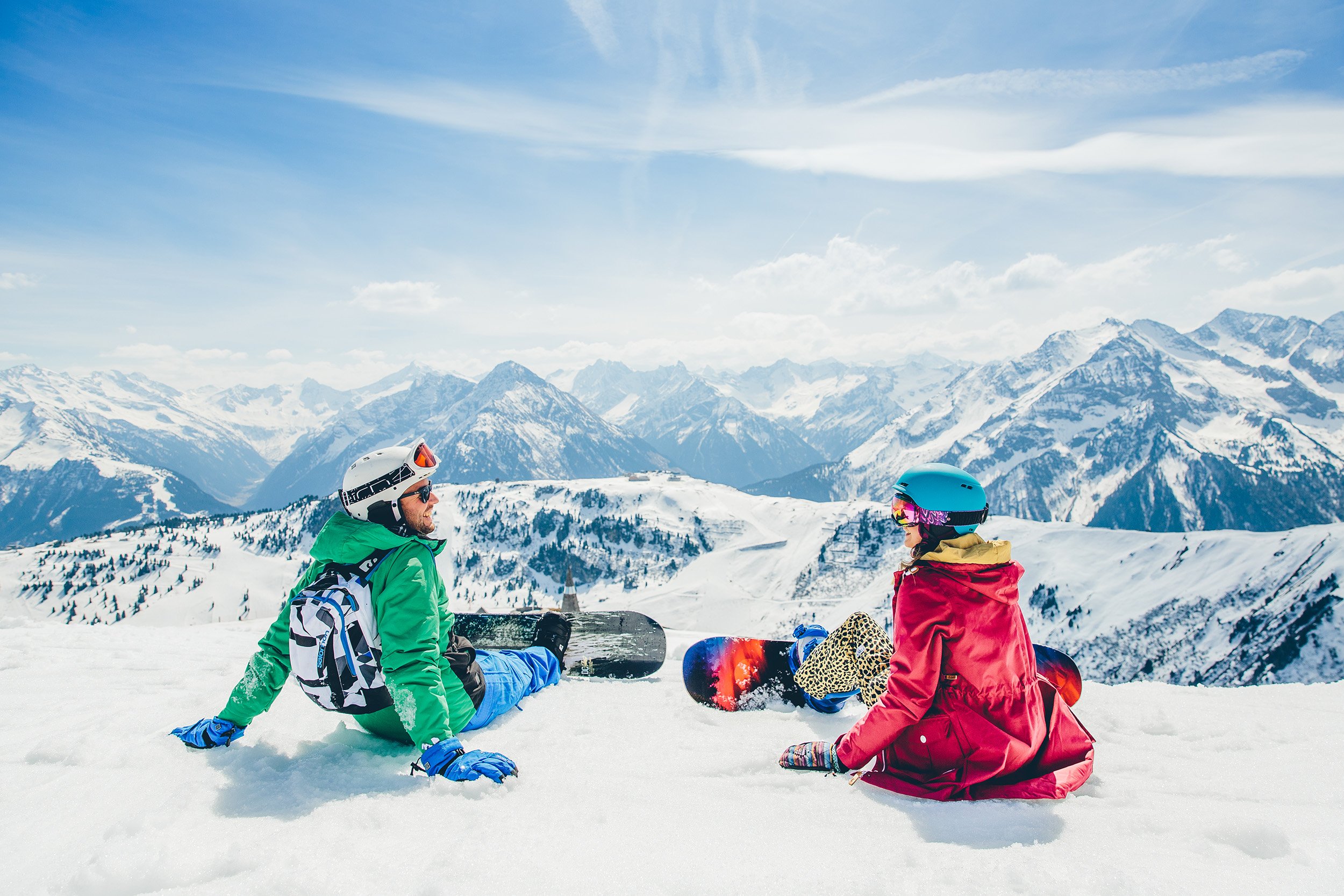 Snowbombing has just announced their first wave of artists, for their celebratory birthday, of twenty whole years! And me-oh-my it’s absolutely epic!

Summer is officially over. Festival season is done for another year. I know it might seem like you’re still finding glitter in some places from the many days spent in a field over the last few months, but this now means we can look ahead with absolute vigour, to the start of festival season 2019! Hurrah!

Not one to normally wish my life away. BUT, Snowbombing has been commanding the slopes of Mayrhofen for two whole decades, and that is enough to shout about. The original, unparalleled and undeniably epic. They have some of the biggest artists of today, rubbing shoulders with Snowbombing royalty of years gone by. This is a celebration, and these artists will surely get the party off to a bloody good start.

Oh Snowbombing, where to start. Take one beautiful and picturesque ski resort in Austria, add in world renowned DJ’s and phenomenal bands, un predictable experiences at every turn, and you might get close. The only place where you can dance away your hangover in pure alpine air, whilst watching incredible sets from your favourite artists 8,497 ft above ground. Or party in an igloo to secret sets from the worlds biggest names. Kick back in a luxury jacuzzi, or stumble across a kitchen party in one of the towns hotels. Who knows, but this is one party we’re not going to miss.

Spanning up to eight special days in Mayrhofen, Snowbombing 2019 is filled with some of the most exciting names in modern dance, bringing beats and big moments at every step. Stormzy, one of the most important British artists of this generation. He has become a cultural hero with his debut award winning album ‘Gong Signs & Prayer’ garnering critical acclaim across the board. The Prodigy, true Snowbombing stalwarts, the iconic rave trio, back and firing on all cylinders will no doubt ensue utter pandemonium with their headline set. Fatboy Slim, undeniably a definitive name within electronic music. With an arsenal of classic hits under his belt, expect the mountains to be alive with the sounds of a true Snowbombing king. 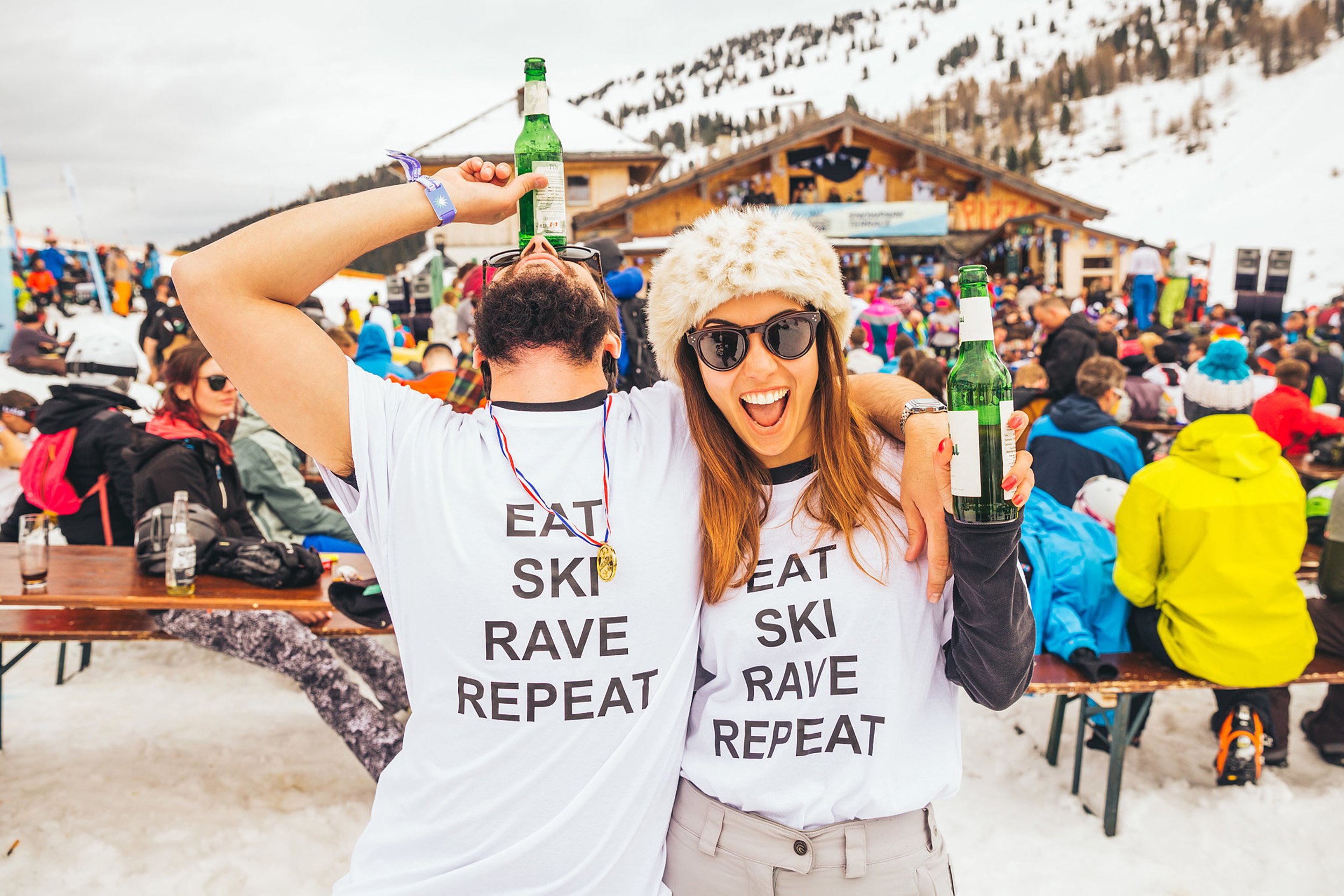 Thats not it either. Drum and bass heavyweight Andy C will take the decks for a thrilling journey through dance history, whilst breakthrough electronic favourites Bicep (DJ Set) will return to Snowbombing after their memorable set at The Racket Club last year. ‘Superstylin’ hitmakers Groove Armada (DJ) will be taking to the traditional alpine Bruck’n Stadl stage, with the sort of set that brings almost 25 years of club expertise to the fore into one unmissable moment.

Elsewhere, live favourites Kurupt FM will bring their garage laughs to the slopes. With the celebrated Denis Sulta and the revered Hannah Wants spinning electric sets for Snowbombers. After his celebrated secret set in Hans The Butcher last year, Artwork is bound to create even more memories. With fellow party-starter Skream also bringing the birthday vibes with a vibrant set expected under Mayhrofen skies.

With the likes of Maribou State (DJ Set), Hunee, Eats Everything, Monki, James Zabiela, Solardo, Saoirse, Melé, Doorly, Special Request, Craig Charles, Cassy, Barely Legal, Waze & Odyssey and more also booked in for the big birthday bash. Snowbombing is packed to the rafters with all the fun of the fair.

With such a huge selection of heavyweight names dropped in the first wave, we’re super keen to get on board with the Snowbombing Birthday celebrations. It’s sure to be more fun than you can shake a schnitzel at! Hans, we’re coming for you!

You can now book your place for as little as a £150 deposit. Head over to their site to secure your place, and we look forward to seeing you on the slopes! 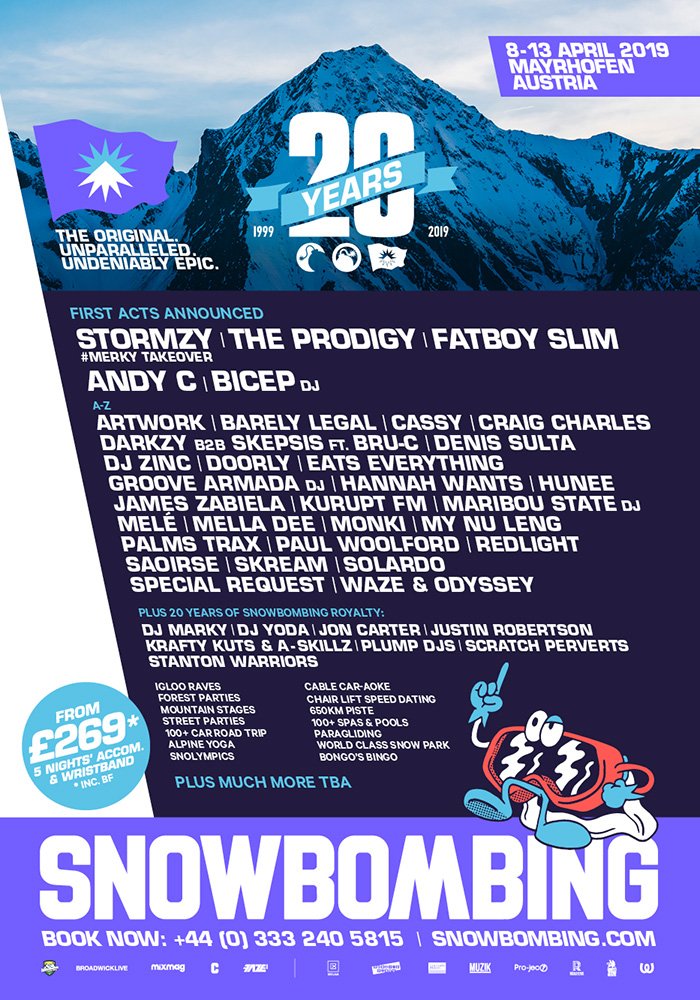