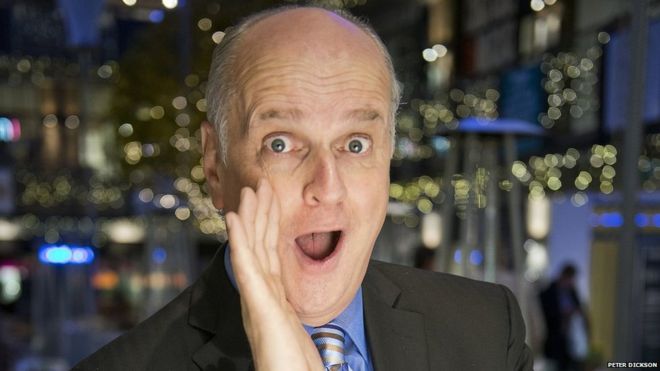 The man who has introduced both the winners and losers with his booming voice on The X Factor for the past 11 years, has just announced he is leaving and will not be voicing the next season of the show. He follows the recent resigning of the shows host, Dermot O’Leary.

Peter Dickson has become famous among fans of the show for his distinctive booming voice and became popular with his cries of “It’s time…to face…the music!” But as the auditions begin for the next series, he has revealed he will not be joining judges Simon Cowell, Cheryl Fernandez-Versini and the new judges, singer Rita Ora and Radio 1 DJ Nick Grimshaw.

In this article:peter dickson, The X Factor