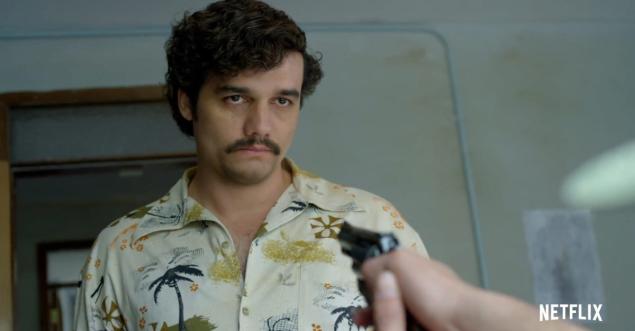 Netflix has planned plenty of big releases for September, just in time for the shorter nights and colder days, when the holidays are over, and everyone is ready to laze in front of the laptop and chill out. Perfect!

Although we’re looking a bit thin on the ground in the sense of new movies, Netflix hasn’t been shy with their new and returning series’ that have become so popular in the recent years. Hit Netflix Original series Narcos will be returning for its second season on 2nd September, following the dangerous exploits of drug dealer Pablo Escobar. Another widely followed Netflix documentary series, Chef’s Table, will be returning for its third season.

Following right behind the success of murder-documentary series Making a Murderer released earlier this year, a new Netflix documentary about Amanda Knox‘s trial is meant to be even bigger! To mix that up with a bit of light-heartedness, Comedian Iliza Shlesinger has been on everyone’s lips recently, and her original comedy Confirmed Kills set for release on the 23rd.

There’s one big one that everyone’s waiting for, though, with new and highly-anticipated Marvel/Netflix Original Luke Cage airing at the very end of the month on the 30th. Any fan of Jessica Jones should be on the lookout for this, and if the trailer below is anything to go by, it looks unmissable!

If that wasn’t enough to get you excited, here’s the full list of UK releases:

I Am The Ambassador

Kulipari: An Army of Frogs Season 1

From Dusk Till Dawn Season 3

Cedric The Entertainer: Live from the Ville

VeggieTales in the House Season 4