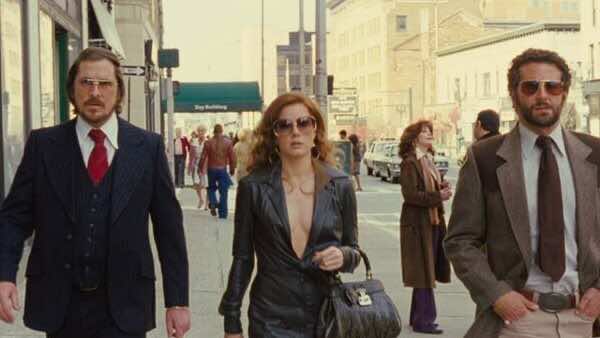 David O.Russell, director of Silver Linings Playbook, has come back with American Hustle, and has bought with him two of his stars from the aforementioned film, Bradley Cooper and Jennifer Lawrence, as well as appearances from Christian Bale and Amy Adams.

American Hustle tells the story of a con artist and his partner in crime, who are forced into working with the FBI in order to turn the tables on other con artists, politicians and mobsters. The initial trailer for the film didn’t really reveal much of the storyline, as it focused more on the swindling and the glamour, but, this new trailer reveals more and focuses more on the characters and what their role in the film may be.

Check out the new trailer below! The film will be coming out on the 13th of December