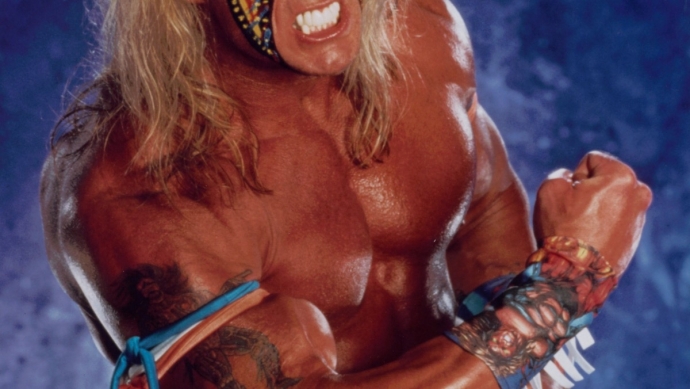 For those of you who don’t know, I am a huge wrestling fan. If I could take £1 for every time I have heard someone say ‘but it’s not real’, or ‘it’s just a load of men dressed in leotards and covered in oil’, I would be a multi-millionaire now. The sport is real (in fact it has been around since Greco-Roman times), but these days they incorporate it with entertainment – thus giving it its family friendly approach, which resonates with the millions… *crowd chants ‘and millions!’* of fans worldwide! It is one of the most popular sports in the world, and I have no shame in wearing my badge of honour in supporting it. Even if the product is a little tame these days compared to the glory days of the territories, or going through to the inimitable Attitude era where WWE (then WWF), WCW, and ECW were practically at each other’s throats for a slice of the pie.

There was even a time when myself and a group of, at the time, bored, pissed off, and alienated teens during 1998-2001 got so fed up with school bullies and conventional sports, that we decided we would take our collective love of wrestling, and start a backyard wrestling federation called SWF (School Wrestling Federation, original I know…). What started with about four of us, eventually morphed in to 20+ members at one point, and with nearly a couple hundred affiliates around South-East Kent. We stole from skips, pubs, Halfords, backyards of DIY stores such as Payless and Do it All, and eventually constructed a cage in my best friend’s back garden, as well as a ‘ring’ – which was constructed from four stolen traffic cones and a washing line. We even had a half broken table and a TV without a plug as the commentary table in the back garden, with a toy microphone, and also a stereo playing music in the kitchen where we could enter the back garden and prepare for our hellacious match. We even recorded our events on camcorder, put it on to VHS, and sold it locally. We made money off of that too.

I guess more of the thefts revolved around the hardcore weapons such as 2×4’s, chairs, tables, a mannequin dummy’s head with a full head of hair, a trolley, and even an electric fireplace. Eventually the whole garden/house became ours for a temporary time, but that is another story on its own. We even got to a point where we had influence over multiple areas in South East Kent at one point, and actually sold out a hire hall when we were 15, so we could put on an event and make money from it! The point is we had fun, and you cannot get away with that shit today. Here is a ‘flyer’ of one of our events courtesy of MS Paint (I’m the champion in the Fred Durst hat): 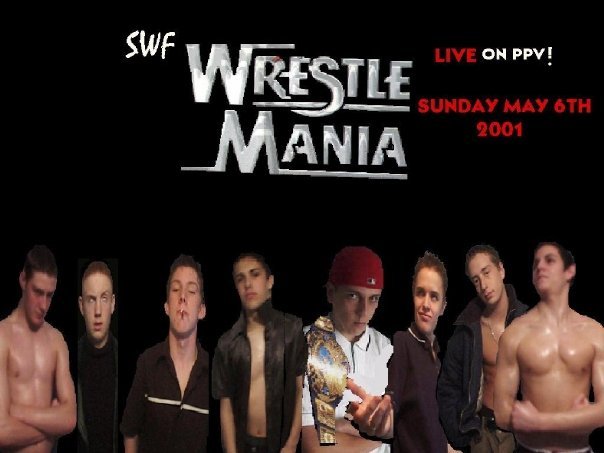 Here I also am with one of my biggest fans at the time – Jimbob. When you are a champion, you’ve got to make time for your fans you see… it’s good for the repertoire. This was taken in my best friend’s room when I was 15 and still suffering with severe Epilepsy. Like hell was I going to let a neurological illness stop me from wrestling and meeting fans. 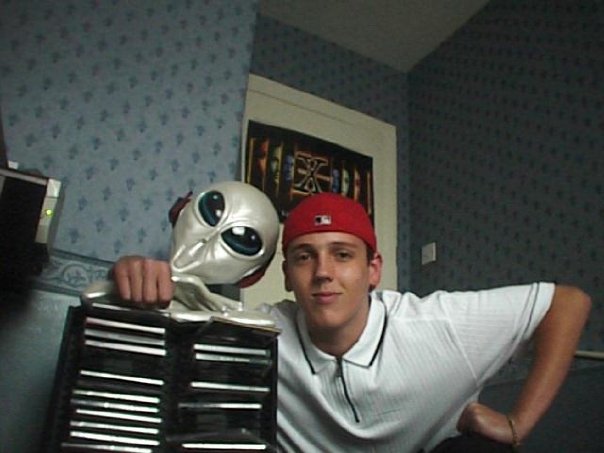 I feel that I am going slightly off topic with all this, but if you want to see videos of our backyard wrestling federation, add me up on FB and I shall give you a laugh at my expense.

Anyway… one often overlooked element of the wrestling business is the music. There have been so, so many bloody amazing theme songs over the years, and musical maestro Jim Johnston has been ever-present in the creation of the songwriting process for most of these. However there have been times where bands and artists have contributed to a wrestler’s theme song instead. But with so many songs to choose from… who exactly were my cream of the crop?! Well let’s take a look at my rundown of the most awesome wrestling theme songs of all time in no particular order!

Prev1 of 10Next
Use your arrow keys to browse

This was the song that actually made me go out and buy a wrestling theme song soundtrack from Virgin Megastore (R.I.P.), and it still sounds as fresh now as it was back then! Made up of Gangrel, Edge, and Christian, The Brood’s theme song was years ahead of its time, and was a dark, menacing, and ultra cool industrial gothic rock piece of awesomeness which tapped in to the Gothic zeitgeist circa late 90s, which was dominant in popular culture at that time. Mainly in due thanks to Buffy The Vampire Slayer, Angel, etc. Truly awesome!