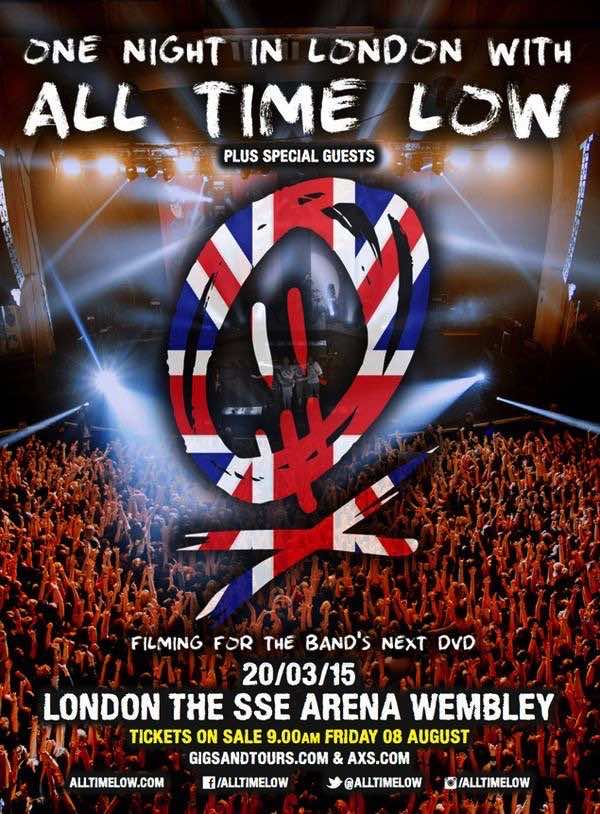 All Time Low are filming the follow up to their 2010 live DVD – Straight to DVD, filmed December 2009 in New York City. This time round, the Baltimore four-piece will be taking the stage at Wembley Arena for a one off show on 20th March 2015 to film their next DVD. If this is the first you’re hearing of this, then tough luck because tickets have now officially sold out after a little less than two weeks. To amp you up for the show, we thought we’d take a stroll down memory lane and look at a few of our favourite videos of All Time Low performing live.