Could The Mighty Boosh Be Back? Let's Celebrate With Our Top 5 Boosh Clips!
Advertisement 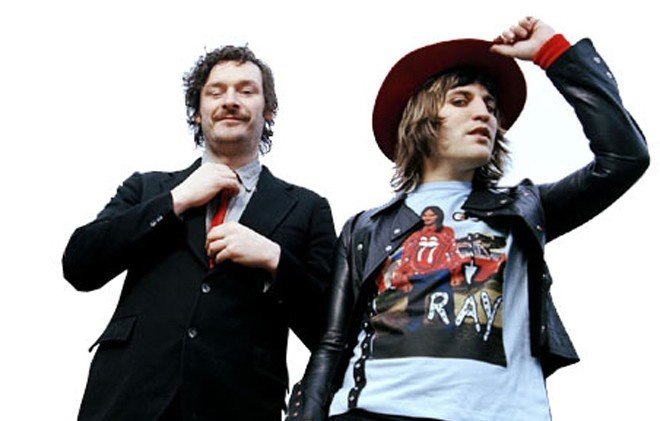 Noel Fielding has hinted that The Mighty Boosh may be about to reunite. The comedy partnership that consists of Fielding and writing partner Julian Barratt dates back to the 1990’s . Some folk even liked the show so much they voted it Best TV Show at the NME Awards for three years running, despite no new shows airing in the later two years.

The Mighty Boosh has essentially, bar a one off appearance at Tenacious D’s Festival Supreme in 2013, been dormant since 2009 so any news gives hope the the boosh faithful.

Fielding has said, during recording of The Nerdist podcast that he and Julian Barratt had started writing together again.

“Me and Julian have just started – we sort of had a big break – we never weren’t friends, we carried on being friends … because we live in the same street, so we see each other all the time … and we’ve just recently started thinking we should write something again, so hopefully this year we’re going to have a crack at something. No idea what … we’re just going to see what happens. We might write a modern dance piece.”
Advertisement. Scroll to continue reading.

Well any excuse to crack out the boosh clips is good enough for us. So here’s our 5 favourite moments, in no amazingly precise order. Let us know any we’ve missed in the comments!

So logic dictates that when you get a big name artist to guest on your show, you turn it into a big deal. Milk it for the ratings, and the guest star’s ego. The Boosh on the over hand would do quite the opposite. From a vacuuming Roger Daltrey to Razorlight metal detecting. But this has got to be our favorite. Over to you Gary!

Advertisement. Scroll to continue reading.
Prev1 of 5Next
Use your arrow keys to browse
In this article:The Mighty Boosh