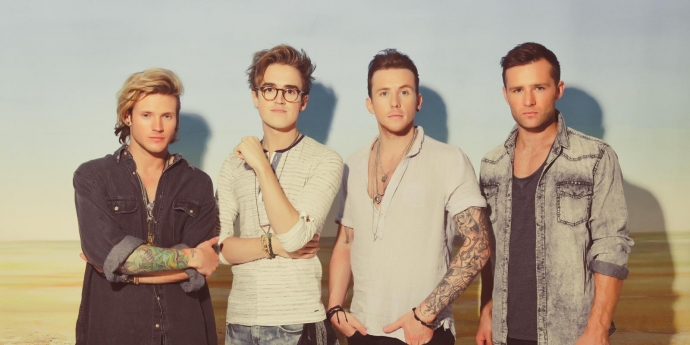 After what feels like a lifetime, McFly fans finally received a glint of hope that their favourite band might be back this year and going on tour. Recently, Tom Fletcher and Danny Jones from the band surprised a young fan on stage during Live at the Palladium, offering him the chance to come and see them “on tour a bit later in the year”.

Ever since those words were uttered, the fan base has absolutely lost it. And who can blame them! Will 2016 be the year we finally hear album 6? Are they really going on tour? We sure hope so and can’t help but feel giddy at the thought.

To celebrate this possible pop resurgence, we’ve put together some of our favourite live moments from the awesome foursome. Check ’em out below!

First ever live performance of ‘Five Colours in Her Hair’ – CD:UK 2003

Okay, so we couldn’t resist putting bringing this absolute gem back! Here we have McFly‘s very first live performance on CD:UK, as introduced by a certain band called Busted! Even back in 2003 their vocals and performance skills were on point. And as a side note, how CUTE do they look? Does anyone else feel like a proud parent right now or is it just us?

Prev1 of 8Next
Use your arrow keys to browse
In this article:2016, best bits, brian may, Busted, live, mcbusted, McFly, tour