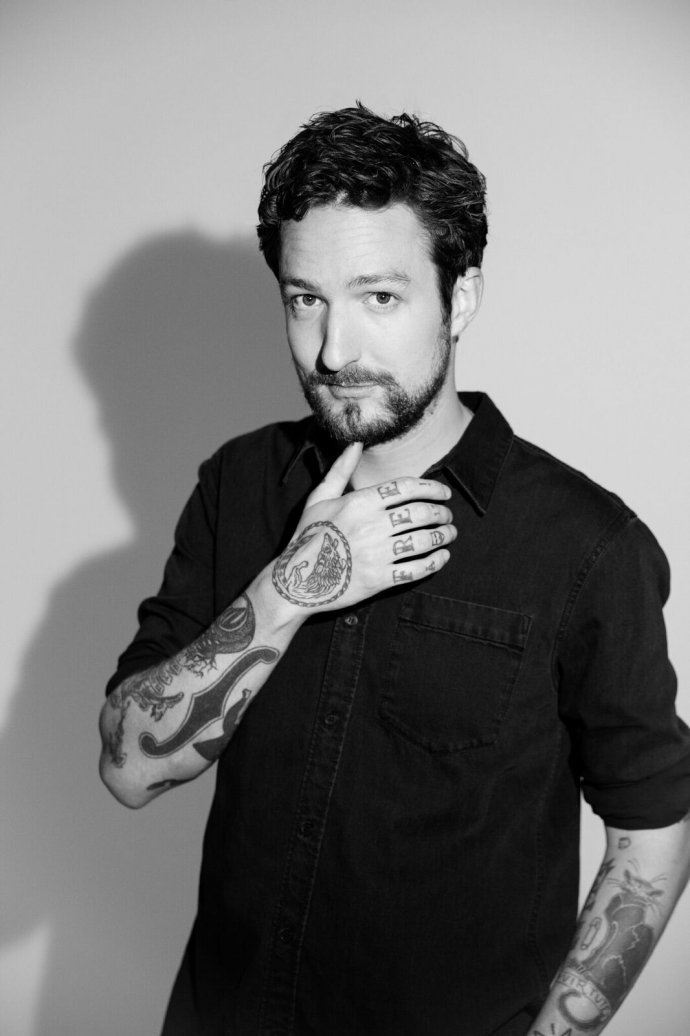 Last time we spoke to Frank Turner, we discovered he hates nightclubs but loves Warhammer. This time around we spoke to one our favourite musicians about his upcoming album, Songbook.

Since parting ways with the post-hardcore group Million Dead, Frank Turner has slowly become one of the UK’s finest singer- songwriters.  He is blessed with having a legion loyal fans who have helped Turner go from being a gigging one-man-band to headlining Wembley arena with his band Sleeping Souls and having the privilege of being an opening act at the 2012 London Olympics. And now after more than a decade as an artist Turner releases his first greatest hits album later this month.

Why did you decide to release “a best of” album, when your career is relativity young and you are still making new music?

Frank Turner: “At the Lost Evenings festival this year, I played 4 nights at the Roundhouse and did my best not to repeat material across the nights so it gave me a chance to look through my catalogue holistically if you like. On top of that, the next record I’m working on is something of a stylistic departure, so I thought it would be an interesting moment to put together something, to sum up phase 1.”

How did you select the tracks for the album and then order them?

Frank Turner: “Picking the tracks for disc 1 was actually pretty easy, I wanted it to reflect my best work. I think sometimes people overdo the dichotomy between artistic worth and popularity; I think people have respectable taste in general.

Can you explain the second disc of reworked tracks?

The reworkings are actually my favourite part of the deal. I’ve long been a fan of being experimental with my own arrangements, I grew up adoring Counting Crows B-Sides and so on. It’s something that the Sleeping Souls and I have done live a lot over the years as well, so it was good to get a document of some of those versions; a few of which I think are clearly superior to the original recorded version.”

My love for music started by buying ‘greatest hits’ albums; though sometimes you would have to buy an artist’s album to hear their best work. Can you think of artists that to discover their brilliance, you have to buy their studio albums?

Frank Turner: “That’s an excellent question. There definitely are Greatest Hits bands; Queen being the obvious example. In terms of acts that I personally have gone on to enjoy more than the overview might suggest, Tom Petty and Leonard Cohen spring to mind, but damn, I’m now going to spend the rest of today chewing this one over!”

The track ‘There She Is’ is a new favourite, I especially love the production. How did the single come about and was as it written with Storybook in mind, or was it a track that could have been off your upcoming studio album?

Frank Turner: “It’s a track from the next record. The label wanted to put something on the end of Songbook to point the way forward, and that made sense to me. This song in particular fits the bill because, while stylistically it points the way forward, the lyrics are kind of the final part of the things I’ve been talking about for the last two records; Tape Deck Heart and Positive Songs. I wrote a suite of songs about my personal life, and this is the conclusion of that. The rest of the next record discusses some other things.”

Frank Turner: “I’ve been pleasantly surprised how well its been received. It’s certainly not a comfortable watch for me personally, but then that’s kind of the point. I think Ben Morse did a great job with the film, I let him have full creative control. I love a good Rock Doc. “The Last Waltz” has long been a staple of my musical understanding, as has “Instrument” (about Fugazi). The Tom Petty documentary is amazing, as is the new one about Nina Simone which I watched recently.”

Any hints on the direction of the next album?

Frank Turner: “I’ve tried to push myself well out of my comfort zone. Musically it heads into a lot of territory that is new for me; I’m actually a little nervous, on some levels, about the public reception, though of course I am confident it’s what I want to do. I just think some people will be a little… surprised. Lyrically it’s a record about the world at large, as opposed to raking through my own problems. I hesitate to call it out-and-out political, as such, but it’s definitely inspired by things that have been happening in the last few years.”

Do you have any upcoming gigs alone as Frank Turner or with the full band?

Frank Turner: “I have a handful of bits and pieces coming up, but in general we are holding back until we have a finished new album that we can unleash on the world, with a huge tour to accompany that. Next spring, hopefully.”

Songbook, will be released on November 24 on digital & CD formats, with vinyl formats; including a deluxe box set, featuring Frank’s ‘Get Better’ documentary, a concert film of his 2000th gig last year & an exclusive photo book due to follow on December 15. The new album draws together Frank’s finest moments from his six solo albums to date including 3 UK top 20 releases. Alongside 10 new Songbook tracks, with songs re-recorded in full and stripped back to acoustic versions.

You can preorder Songbook here and for any news on the next album and future live dates check out his website. Check out Frank Turner’s latest video for ‘There She Is’ below.