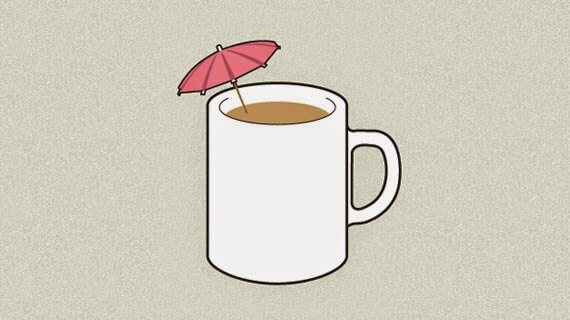 January is associated with being down, having itchy feet, and feeling the need for summer to come and save us all from the month that starts out full of unattainable promises but, by the first week in, all hope has been banished and bank statements send us into despair. So, add dry to that and you’ve got possibly the least appealing term of the year.

But what if taking alcohol out of the equation for 4 weeks could be something to enjoy rather than endure?

If you pledge to take part it doesn’t have to be full of mocktails, desperately trying to create the illusion that you’re still drinking, or retreating to the sofa for a month because you can’t go with friends to the pub.

Granted, the pubs or bars and clubs probably won’t be the best place for you but, despite the pessimistic stigma attached, new year’s resolutions don’t need to be made with ‘you won’t stick to it’ quietly chipping away in the back of your mind. They also don’t need to be seen as a chore.

So, there are a few places which are off-limits if you feel your willpower isn’t up to it. Use this to your advantage. It’s an opportunity to join a new club, find a new hobby – just make sure you’re social so that your sanity remains in tact.

Get up earlier. The hangover haze at the weekend is no longer a thing. Push yourself to make use of the morning now that you don’t want to hide under a blanket. Go for a walk, run, coffee – anything. Appreciate where you live, take in your surroundings or just bask in the quiet before the commuter rush.

Cleansing is a word that’s thrown around constantly and I’m not going to go all green juice on you but there are also health benefits to straying from alcohol for a while. This bit is obvious. However, it brings things into a new perspective- your life is no longer dictated by your local happy hour and dinner isn’t subdued by a vat of wine so what are you going to do? What would you like to fill your time with? Books, art, cooking, photography, spending more time with family and friends, spending more time alone. The possibilities are endless.

You’ll start to realise that not everybody drinks. In fact, there’s probably a lot more people that don’t than you thought. And here’s the shocking part: they still have fun. I know, I know, you don’t need alcohol to have fun?! Dig deep and figure out what is fun in a sober state. I feel as though we’ll all be more well-rounded people for it.

When it comes to new year’s resolutions in general, we need to change our mindset. They aren’t an unrealistic list that you’ve vowed and committed to, which slowly takes a toll on your sanity before you expectedly declare the doomed from the start attempt is over, and join the rest of the world in habits deemed as bad and gluttony. Don’t cover it up with the imperfection of humanity and put it down to ‘trying.’ Set your mind on something and make it work, see if you like it and if not remember striving for better isn’t supposed to be an annual collective event but permanent mindset.