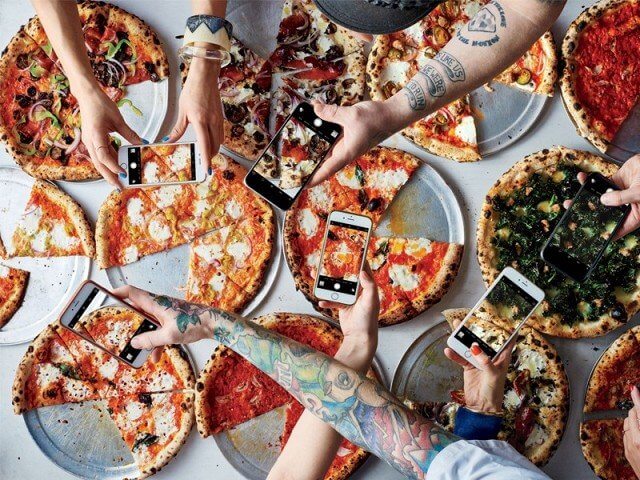 As a nation overruled by social media, we see hundreds of influential Instagram users each day, upload the fruits of their labour that has come from the hearts of their kitchen and sharing the intricate breakdown of their breakfast, lunch and dinner.

Though we may not see the chaos that comes with the preparation before and the setting down afterwards, the final result is a delicious looking dish with what looks the epitome of nutrition spread across a pristine white piece of kitchenware; helped along with the perfect exposure value of the critical filter.

In an instance, we are curved and swayed by such influencers to make a positive bid to try and replicate their plate. “If I want to look like them and they’re eating that, then I must eat like that too!”

Now that we’re positively ploughing our way into 2017, maybe 1, 2 or 7kg more rounded than we were before the holiday season, we are still left frustrated and wondering, why we’re yet to be left looking like celebrity X after those months of dieting. Though it feels as though we’ve flattened every new diet that has crept into the limelight, under the weight of our ever-growing health incentives, we’re still unable to shift the pounds no matter how much we stick to these diet plans and these shared images from said influencers.

What do some celebrity influencers think on the matter?

Undoubtedly one of the most iconic faces on television, with a sought after figure to match, Holly Willoughby speaks out about her reasons for not joining in with the other celebrities dissecting the meals and workouts of their day-to-day health regime and sharing it all to social media.

While people continue to persist in following the same diets these celebrities share, it is exactly this viewpoint and reason why the This Morning presenter doesn’t encourage sharing her own eating habits.

She strongly states that ‘Everyone’s journey is individual’, and ‘I don’t want to go on the record saying I did this or that, and then have other women read it and think they have to go and do the same.’

Holly backs-up her opinions by explaining the effects these influencers have on the likes of people potentially suffering with eating disorders.

‘I actually avoid talking about my diet and exercise regime because I have interviewed so many people affected by eating disorders and I know that some people in chat rooms can really fixate on other people’s diets.

It is categorically obvious that every individual has different rates of metabolism. We need only step on to the fancy body-tracking scales and hey presto: our height, age and weight – broken down into water, muscle and fat, calculated through small electrical pulses – and we’re given the machines breakdown of our basal metabolic rate and our body composition.

Our BMR is in essence being that if we decided to sit on our bottom halves all day and do sod all, these are the total number of calories our body will naturally burn.

While everyone’s rate of metabolism differs, it is this that we must consider why certain people can afford to eat more of one thing and less of another and not have it contribute to the same result as other people.

Fixating on someone else’s diet, though not always, could still have the devastating effects that Holly has thus expressed. We may use these images, recipes and plans as a useful tool for ideas and expanding them beyond our classic go-to meal of pesto pasta, but ideas used from time-to-time they should remain.

Do you think that more celebrities should follow in the likes of Holly Willoughby and clamp down on what celebrities share of their food regimes?