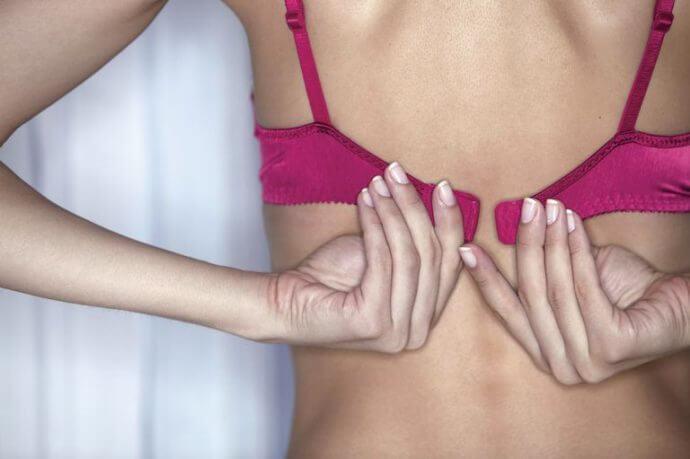 Picture it: a thirteen-year-old girl standing in front of a four-way mirror in an M&S fitting room. A middle-aged woman has a tape measure around the girl’s waist and is muttering, “hmm, definitely an E cup”. Then, after a 10-minute agonising wait, the woman returns with four bras about which your grandmother would say will “stand the test of time as well as running for the bus” (ok maybe she was right about that). But a teenage girl doesn’t want 34E boobs, especially when she already has to contend with frizzy hair and acne.

Yes, reader, if you hadn’t guessed already, that girl was me. Red-faced, trying to hide the fact that my eyes were welling up, I walked out of the store refusing to carry the bag of bras that my mother had bought, and swearing blind I’m never going to wear such hideous things. I was thirteen and too young to be forced into M&S to buy bras (there weren’t any pretty Rosie Huntington-Whiteley designs back then), because I’d outgrown the New Look bras that all my friends were able to wear.

This memory is all that came to mind when I was growing up (and even now occasionally) when I thought about puberty or having to go shopping. Without sounding overdramatic, this was one of the worst shopping experiences of my life. I’d go as far as saying that the whole ordeal scarred me, as it was another 10 years later that I finally went for another bra fitting or, in fact, enjoyed buying underwear at all.

Fast forward thirteen years and not only myself, but the entire lingerie industry has changed. No longer are big-busted girls resigned to one rail in the corner and the small-busted to bralettes and chicken fillets (still jealous I can’t wear them… bralettes, obvs). And now, as a reformed hater of underwear shopping, I am here to tell you those instruments we put on in the morning – and often don’t take much notice of – are the bread and butter to your wardrobe. 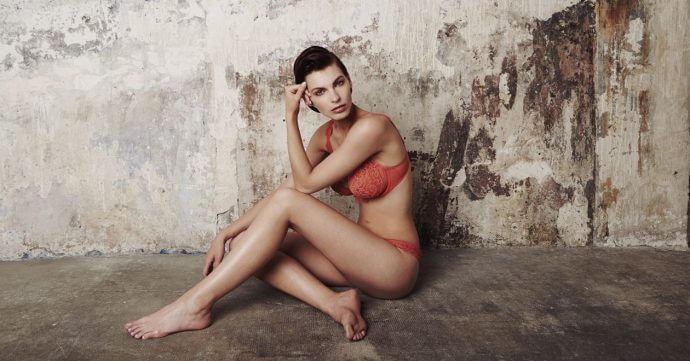 Much like a fancy dress and pair of heels can you feel like a #Girlboss, a well-made, good-quality bra can make you feel powerful. Do not skimp on quality; never has a quote been so true than that you get what you pay for! Those expensive little babies will keep you upright long after gravity sets in. Much like how sponge is to icing on a cake (OK, I’ll stop with the food references), a good bra supports your entire outfit.

And with Valentine’s day approaching, rather than hoping he’ll get the right size and colour (let’s face it, you know leaving that magazine out, opened on a certain page, won’t help), why don’t you go out and show yourself how much you really care? After years of hating my body and the hideous bras I was forced to wear, I’ve realised that I and all women – big or small assets – deserve the best. And whether you were the girl in the fitting me like me, or the girl who had her pick of the high street, treat your bras and boobs with care (and lace) this Valentine’s Day.

Trust me, nothing feels better than wearing a gorgeous underwear set you bought yourself just because you damn well deserve it. And nothing will go better with that outfit than a Rosie Huntington-Whiteley set and a confident strut.

Now I’m off to M&S for a shopping trip – no tape measure or red face included.