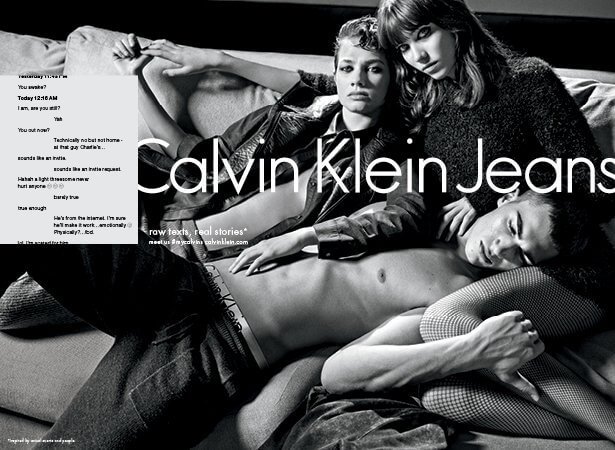 Calvin Klein is sure to create a stir with its controversial choice of topic for the fall 2015 brand campaign: sexting.

The bold campaign markets on the popularity of Tinder and casual sex by following a concept of realism titled ‘raw texts, real stories’. Highlighting open relationships, threesomes and the vanity of social media, the photos juxtapose fashion shots with a text thread that reveals suggestive motives, providing the campaign with a distinct narrative.

Melisa Goldie, the brand’s chief marketing officer, explains: “Our past campaigns have been more image-driven and this one was about starting a conversation through provocation.” 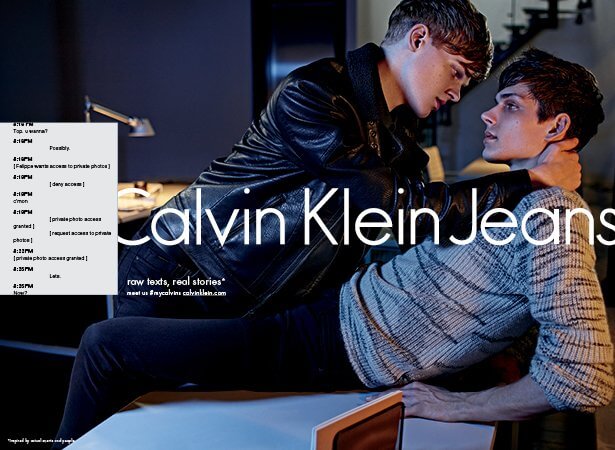 “We’re highlighting the truth about dating – the meet up, the hookup and the freedom that you have through the digital dating landscape and how instantaneous it is,” says Goldie. 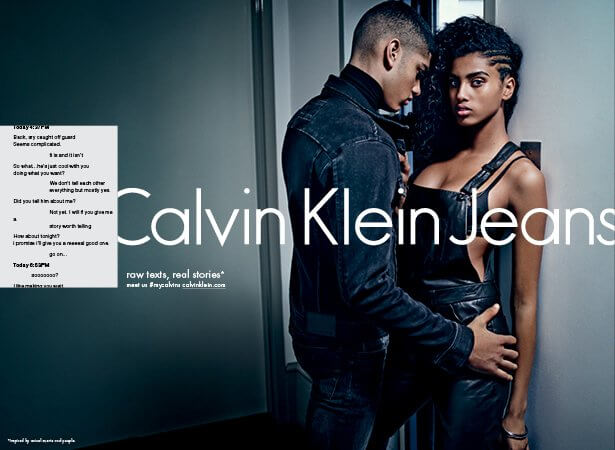 The campaign is the vision of Mario Sorrenti, a photographer noted for his nude photography featured in Harper’s Bazaar and Vogue and ability to match a brand’s key design, which is clear from the mysterious tone of these photos, complimenting both the campaign content and the brand’s iconic denim pieces, leather looks and casual tailoring.

What do you think of Calvin Klein’s latest campaign? Let us know your thoughts below.