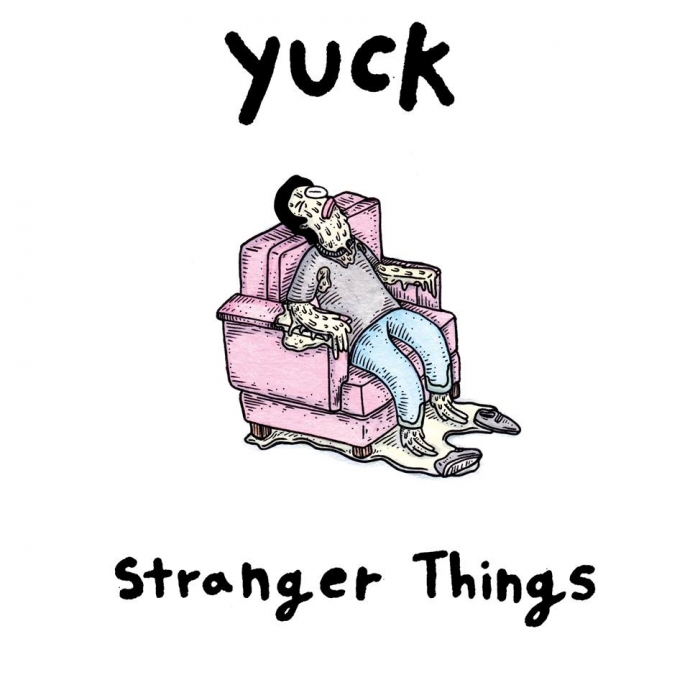 Since Daniel Blumberg’s departure from Yuck the band have experienced something of an identity crisis. The singer departed from the group following the release of their brilliant self-titled debut album, with guitarist Max Bloom picking up lead-vocal duties. Their second album Glow And Behold still had that indie-misfits sentiment but didn’t pull it off quite so convincingly. The record lacked Blumberg’s touch of wit which gave the outsider-lyricism its charm.

Last week saw the release of the London-based group’s third album Stranger Things, and listening through there’s an unavoidable absence of the combustive nature that allured listeners and journalists alike when the band first appeared. Echoes of Dinosaur Jr., Pavement and co. permeate the album with the wavy guitar-lines and oozy vocals flowing nicely throughout, every now and then met with the crackle of distortion; but never quite making much of an impact. Tracks ‘Cannonball’ and ‘Only Silence’ are the bounciest, most in-your-face of the lot while ‘As I Walk Away’ and ‘Swirling’ are the album’s lullabies. But while we attribute these tracks to different moods and emotions, the truth is that these descriptions are totally interchangeable; the difference in tone from one song to another generally so minute that Stranger Things is at the same time completely pleasant and utterly forgettable.

Much like the previous outing it’s not a bad album by any means, it’s just difficult not to think back to the excitement Yuck once created. Maybe it’s cruel to constantly draw comparisons to an album sung by a completely different person, and it would probably be a bit easier to look at the positives had the band decided to change their name and start afresh. But as it stands the Yuck of today are a continuation of the Yuck of yesterday, so said comparisons will continue to be drawn. What’s missing is the raw, youthful energy that saw their original line-up transcend cardboard-cutout-90’s-indie-pastiche and blend their influences into a unique beast of their own. And while the essence of what they were tapping into back in 2011 remains, the heart of the matter has been removed.