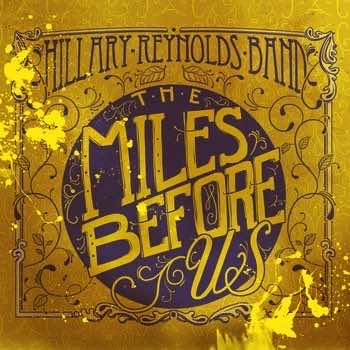 This self-released album from the Boston based band delivers a mellow mix of blues, pop and folk to the table with a hearty helping of smooth Americana vocals. The Hillary Reynolds band represent a beautiful blend of musical influence and expertise, and since meeting at the prestigious Berklee College of Music, they’ve been churning out wildly unique, consistently touching music.

This fourteen track monster is full of sunshine moments, as well as more melancholic periods. The opening track ‘Took Me A While’ is a particularly strong opening gambit, demonstrating front-woman Hillary Reynolds’ strength as both a vocalist and a songwriter. The breezy country vibe showcased in the first track continues into the lovely ‘Pretending I’m In Love’, before ‘Honey Come Home’ slows the pace to a gentle, acoustic burr. Featuring melancholic cello strains and vocals which aren’t too dissimilar to Norah Jones, it’s a swoon-worthy three minutes.

‘Crossing The Line’ marks a return to an area in which the band really excel, showing off a strong instrumental arrangement in which the vocals and lyrics can really take centre stage. The band then turn their attention to a less-is-more kind of approach with ‘I Didn’t Know Who Else To Call’. This track effortlessly proves that the band can be just as striking without the bells and banjos; the stripped-back feeling creating an enchanting listen which is a little reminiscent of Imogen Heap. The final track, ‘Keep On Driving’, ends the record with plenty of country-fueled energy.

This is an accomplished collection of songs that bring together a multitude of interesting stories and undeniable talent. The melting pot of influences; which include folk, jazz, blues and pop ensure that this is a record that will appeal to a whole spectrum of listeners. The plethora of authentic emotional moments, serious lyrical clout and Reynolds’ soulful vocals ensure that listening to the record from beginning to end is a total breeze. Dreamy.