Every once in a generation, there comes a band that embodies the spirit of chaos and disorder. A band that pushes the boundaries of their style of music as far as possible in to uncharted territories. A band that challenges the very concept of what should be expected of them. But most importantly… a band that gives you every ounce of their fibre… their blood, sweat, and tears. Their heart, soul, and spirit. To give you everything they have in the name of of expressing their art and their rage, in an intense catharsis.

For this generation of metalheads, punks, and hardcore fans worldwide – that band is The Dillinger Escape Plan. Since 1997, they have destroyed stages and the sensory receptors of many an attendee worldwide with their visceral live show and utterly schizophrenic musical sorcery, and on this penultimate night of their final tour of the UK, they bid farewell to London at the HMV Forum one last time to a sold out crowd. This writer remembers them playing here the night Dimebag Darrell was taken from us back on 8th December 2004, when they were supported by Poison The Well and Ephel Duath, and having his mind utterly blown. So it all but seems like a very fitting coming full circle scenario having them bid adieu here. But of course with every main, there are starters to whet the appetite! First up and opening the evening are post-hardcore quartet Primitive Weapons, who give us a raucous taste of just what they are about. An absolutely fierce and unhinged display of energy that balances the fine lines of dirty chuggy riffs, thunderous drums, and intense vocal performance. They definitely set the standard of what should be expected from an evening like this, and raise the bar reasonably high. A terrific opening performance.

Tonight’s main support band Ho99o9 just about threaten to potentially steal the show with their freaky as hell set, which audibly could well be described as Bad Brains having a full blown punch up with Death Grips and Nine Inch Nails. Whilst Ho99o9 are more suited and best experienced in club shows where they really thrive, this performance was certainly a great indication that they can really handle themselves on a larger stage – and own it! Their energy and presence is something be in awe of, and their music is equally as mesmerising and chaotic as their stage (and off stage) presence, where they get the audience more than ready to cause some utter destruction on the dance floor. As far as a support slot goes, Ho99o9 done themselves absolutely proud and clearly won over a whole new batch of fans tonight, and rightly so. However by this point the crowd have reached a fever pitch. Whilst waiting for the main band of the evening to come on, stories are being shared by people meeting in the audience about the craziest time they have seen The Dillinger Escape Plan, and how much the band means to them. Shared excitement seems to reign over a sense of sadness here, and that it so rightly should be, because this is more of a celebration of the achievements of a band that clearly given the members of the audience something to remember and cherish every single time they have seen them, and this will be the last time they give them that little something. And so the lights go out, and the crowd erupts in to a hollering frenzy…

Arriving to a warm and receptive heroes welcome, The Dillinger Escape Plan take to the stage one last time with a sense of pride and victory whilst acknowledging a most adoring crowd. Then as the opening drum roll of ‘Limerant Death‘ begins, the dance floor turn in an all out war zone. It is very clear that from this opening that the momentum was always going to be continuously raised to the point of implosion. Even though this is the tour cycle for their final album Dissociation, this set is as much a spectacle of their musical diversity and greatest hits. The likes of ‘Milk Lizard‘, ‘Farewell, Mona Lisa‘, and ‘Black Bubblegum‘ most certainly get the biggest singalongs of the night, whilst other tracks such as ‘Panasonic Youth‘ (which during said song this writer lost his absolute mind and shit to, and is still aching from it today), ‘Sugar Coated Sour‘, and ‘Sunshine The Werewolf‘ turn the pit in to an all out bloodbath. What is really striking is that Dillinger sound as great as they ever have done. Musically tighter and precise as they ever have been, as innovational as you can possibly imagine, and as passionate and sincere  in their performance as they ever have done in their lives. But whilst the band has a notorious reputation for turning their show in to all out (and at times costly) destruction, tonight’s performance shows them at their most chaotic whilst being able to display just how much they have matured in to incredibly gifted and technical musicians more than they ever have done. And of course, their sense of humour even more sharper than ever with vocalist Greg Puciato challenging the audience to a ‘Prince off’ – by seeing who can do the highest pitched vocal shriek!

However, after the first set ends with the utterly enthralling ‘Prancer‘, the cheers and chants that bring the band back on stage are deafening. But the band come back on to open the set with a rather touching performance of the rarely played live ‘Mouth Of Ghosts‘, which in a strange way gives the audience a moment to reflect on what they are about to dearly depart with. After a wonderful performance of said song, everything then goes absolutely crazy once again for a stellar performance of ‘43% Burnt‘, and then an even rarer cut by closing the set with a cover of Nine Inch Nail’s ‘Wish‘, which the band joyfully ends their incredible legacy with in London town. The overwhelming sense of adoration and rapture that the band is met with here is nothing short of beautiful. Behind all of the chaos, destruction, and obscurity that the band have cause in their long and illustrious career – this is what it all comes down to. Once these elements are stripped away, these are five guys who are incredibly gifted musicians who believed in what their art stood for, and expressed it with the passion and ferocity of a devoted music fan who loves what they know and like. This is why over the years The Dillinger Escape Plan have been held close and dear by so many passionate music fans worldwide, because they are truly one of us and never tried to be anything more or less.

Tonight was a beautiful send off for one of the most incredible bands that the world of metal, hardcore, and punk music will ever see – if you want to use a proper term for this, let’s say that tonight was proper ”87 Hetfield’ (that is a TDEP in joke, kudos if you understand that)! But more importantly, they are a band that can never, ever be replicated, bettered, or rivalled. Long may they forever be a positive influence and inspiration in the name of music, art, innovation, and creativity.

In this article:Ho99o9, Primitive Weapons, The Dillinger Escape Plan 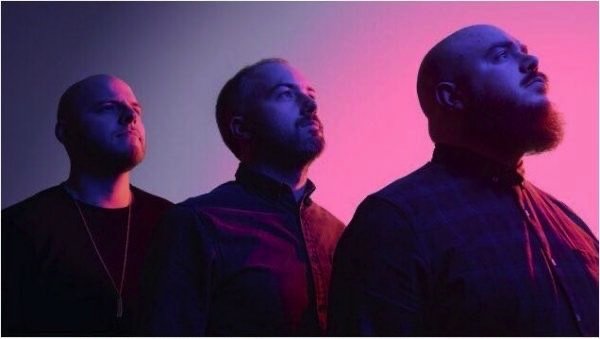 Ten Albums You May Have Missed This Year

We've put together a list of some of the albums from this year you may have missed, featuring Bad Sign, Ho99o9, Employed To Serve,...

How well does mixing punk and hip hop work? We checked out the debut album of Ho99o9 to find out.

Download Festival 2017 just added 48 new bands to its already exciting lineup including A Day to Remember, Steel Panther, Moose Blood and many...

7 Bands We’ve Been Sad To See Go This Year

As 2016 comes to a close, we look back at some of the bands we've lost this year, and a couple of bands who...