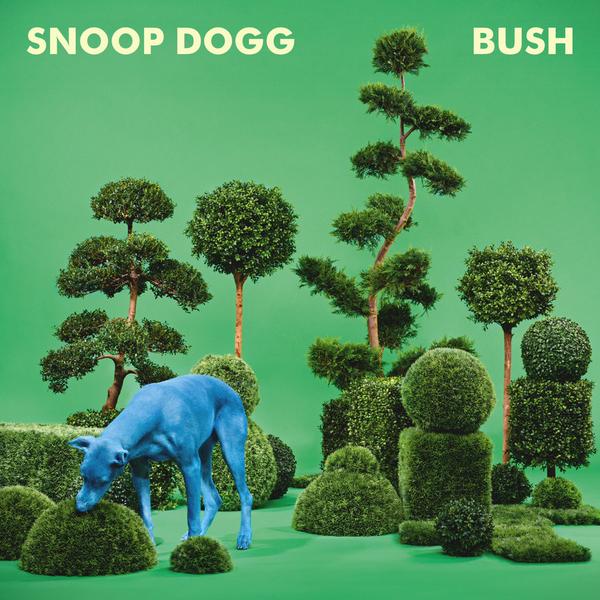 Through all of Snoop Dogg’s persona’s, characters, abilities and unfortunately even through his reggae album, he has always demonstrated at least adaptability. From g-funk to R&B, to his forsaken version of reggae and even to his heavy club bangers, he has shown no matter what the people want, he can most likely deliver. Now an era of his career which maybe ended too quickly was that of the early to mid-2000’s where his relationship with The Neptune’s and Charlie Wilson started to blossom.

If you agree with the idea that Snoop sounded almost soulful over Pharrell’s and Chad Hugo’s flat, punchy drum machine sounds, synthesizer riffs and love for sampling keyboards, then you most likely have been on the edge of your seat waiting for the release of his new project, Bush. A ten track bonanza of smooth Snoop. But is it too late for him to relive his funk roots?

Unfortunately it has to be said sooner rather than later, Bush is not the release that is going to bring back classic moments like ‘Beautiful’. Pharrell seems to float through the album on beats which are neither that adventurous nor archetypal, and Snoop seems to avoid his famous, slightly textured instrument which is normally full of menace and detachment (his voice) and sticks to self-defeated singing for the most part.

But do not despair, this album was worth its release and probably your time (if you’ve got a bit of time to kill in the sun). Bush was conceived as homage to the funk and R&B of the 1970s, and the acquainted sound of Stevie Wonder’s harmonica on the opener, ‘California Roll’, establishes the mood. Over an instrumental as pleasant as a blistering afternoon on a beach in California, Snoop’s drone is convincing enough to sell lines like “So if you wanna go to Melrose, let’s hit Adidas, girl, we got our own shell toes.” Pharrell positions L.A. as the nucleus of luxury and vice; “baby you can be a movie star, get yourself a medical card, yeah, ‘cause that’s how California rolls” and on the sticky hook Wonder (Stevie) accents P’s characteristic falsetto with background vocals


The beats are all about the feel-good, retro-disco-lite that has become Williams’ calling card in the past few years. The first single, ‘Peaches N Cream’ featuring former Gap Band frontman Charlie Wilson, is the mac-daddy theme tune, highlighting Snoop’s ability to “not come for you, I came for your missus”. Additionally, the T.I. assisted ‘Edibles’ is the album’s most Neptune’s-esque moment.

This album has more of an investigational side project feel about it rather than a full feature. It’s not just its short ten-track, 45 minute time frame, or the fact that Pharrell coasts on what he knows and Snoop is just toying with that funky sound he grew up on. It’s more the fact that this album is nowhere near adventurous or silly enough for another Neptune’s/Snoop classic. It was always too much to ask for a full album of ‘Drop It Like It’s Hot’ moments but blimey, that would have been nice.