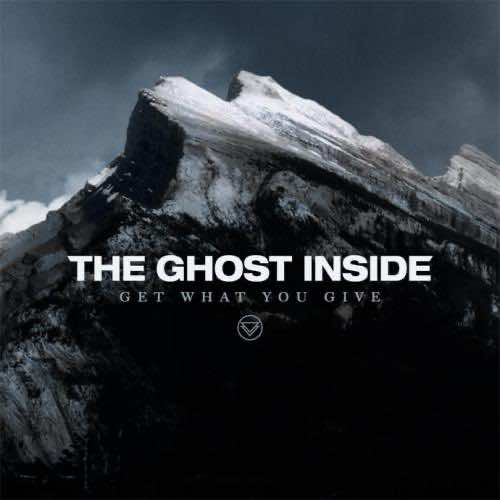 Band: The Ghost Inside
Release: Get What You Give (Album)
Release Date: Out Now

Hot on the heels of a summer-long run on the Warped Tour, The Ghost Inside are set to release their latest album to the world. Their previous albums have always given us gut-wrenching, blood-boiling growls, bone-crushingly heavy breakdowns and circle pit-inducing riffs, but since previous release ‘Returns’ the band have decided to crank up the heavy factor even more. The result – ‘Get What You Give‘ – is one of the best things the band could have done.

“This is what I know about sacrifice/ Meet me at the crossroads/ Let’s go” frontman Jonathan Vigil yells as the build-up to the first track turns into a breakdown, and you could imagine at a live show this would be the time a wall of death would be initiated. The song is a blood-pumping, energy-ridden perfect introduction to what carries on to be a fantastic album.

Second track ‘Outlive’ has been circling the virtual grounds of the internet for a while and gives a solid look at what is to come with the release of the album. It’s quick, upbeat and heavy where the rest of the album follows suit. If a live show opened with two such strong tracks as the album does then every audience member would be merged into a surging sea of moving bodies with the urge to scream in people’s faces – even as you listen at home you’ll certainly feel these urges.

The band have always provided fast, energetic pit anthems – the best example of this is ‘The Great Unknown’ – a track full of heavy ringing breakdowns. A perfect live track which provides catchy lyrics for the audience to scream back to you, fast sections perfect for some exercising in the circle pit slowing down near the end for Jonathan to scream “Only the strong will survive”, cue a mass moshpit action of flailing arms and mismatched punches.

‘Dark Horse’ is a more melodic track than others on the album with quicker paced guitars full of one finger chord changes and catchy melodies. Jonathan’s cleaner vocals are sampled here with a beautifully sung chorus. The change in the band’s drummer to Andrew Tcakzyk can be heard noticeably on this track – while normally there isn’t room for much innovation and creativity for drummers in the midst of all the breakdowns and screaming – but Andrew blasts through every verse and dominates the sound.

With no exceptions ‘Get What You Give’ is the best The Ghost Inside album to date and they continue to impress. Even after hearing the album tens of times, the sound is still electrifying, fresh and intense. They manage to branch out from their previous work without straying from what made them successful in the first place.

In this article:The Ghost Inside