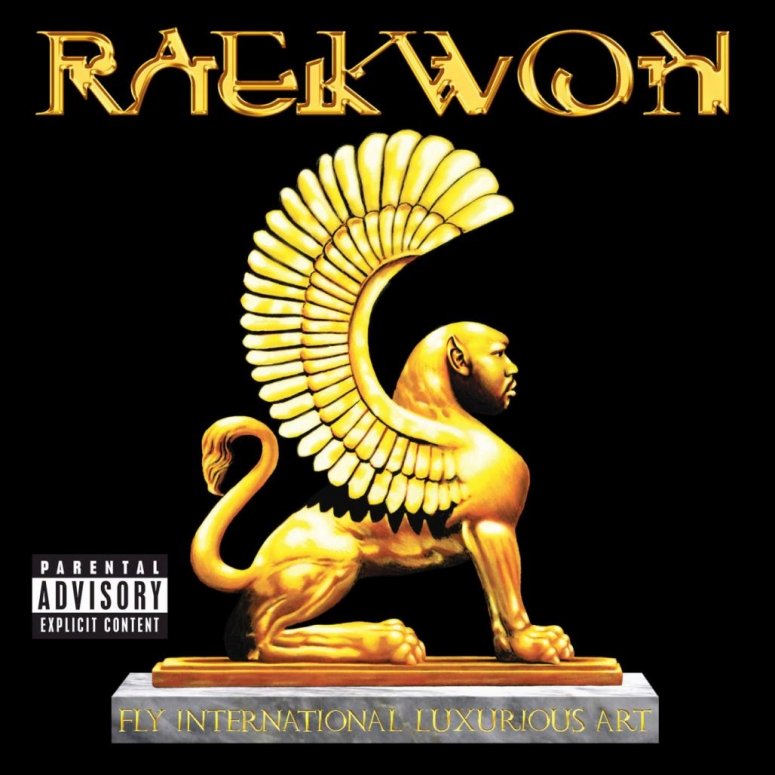 With this year’s hip hop scene devouring records and game changing proclamations from a handful of exhilarating prospects, a big question has been raised. What are the veterans going to release? How is the old school going to react? One of this year’s first responses to these questions has been provided with Raekwon’s sixth studio release, Fly International Luxurious Art. The Chef has always been capable of bringing diversity and relevance to his music, but each dish is always delivered with an extra sprinkle of seasoning. As you can tell from the title, this album is no different.

He more or less invented the subgenre of ‘Mafioso rap’. While, Kool G Rap was probably the first; the Chef popularized it with his 1995 classic Only Built 4 Cuban Linx…. The genre has since seen notable artists such as Jay-Z, Biggie, Nas, Rick Ross, and T.I. fall under its umbrella at times. Mafioso rap, at its core, is a self-indulgent genre where the artist’s name drop infamous criminals and talk about selling drugs, ultimately leading to them touching on the fruits of their labours (expensive champagne, cars, clothes, etc.). Doesn’t seem like anything ground breaking given what we hear today, right? But TWENTY years ago, it was. This style is still very much so present on this album, as well as that his almost effortless flow which does not need to be filled with words like a dictionary to make it sound right.

Arguably what will be the albums most popular single ‘I Got Money’ featuring A$AP Rocky defines that Mafioso rap which lines like; “Hundred sons bagging escape jackets, brawler face meat loaf, your man up in the back of the wagon, drugs equal money, money equals sunny days, Timbs, cut off shorts and gorgeous with a ton of haze.” His flow on ‘Wall To Wall’ is so listenable, not to complex but not too simple, just right; “Frozen fish scale, you better go to Ishmael, tiger-skin hammers sittin’ by the Benz grill, not’s a hundreds, it’s lunch, kid, play fair, stay here, feed your brother, be’s a one, shit.”

Now as has been stated this Mafioso rap style is nothing new, especially in the game in recent years. However, as anticipated Raekown has delivered it with a fulfilling relevance which is going to set some rules for rappers from his era when they drop new music. First all the choice of features, artists like A$AP Rocky, Snoop Dogg, Ghostface Killah, Estelle and 2 Chainz all just scream Fly International Luxurious Art. But more than that, the intent of his music just seems to convey the fact that he has really taken into account not just want he wanted to do, but what his fans want and how current art will almost definitely influence your own.

The poignant sped-up piano loops, charming bass lines, and bell-ringing that we have come to assume from Wu-Tang tracks are ever-present, especially on the first half of the album. ‘Heated Nights’ and ‘F.I.L.A. World’ both bring together those attractive hooks and laid back sounds which could be from any era. On the flip side though, the closing of the album with tracks like ‘Soundboy Kill’ featuring Melanie Fiona and ‘All About You’ featuring Estelle sound a little bit tasking at times, not so much forced but just not as elegantly natural.

This album does what you knew it would do, what the Chef wanted and what the title says. It is a first class flight through a sky of Dom Perignon and gold. Raekown still sounds effortlessly unflappable with a little bit of relevance for his fans. He knows art is a forever changing and developing concept and someone who has the longevity he does executes this brilliantly. This is not is himself at his best but it is definitely a fantastic addition to this year’s collection so far and his own discography.