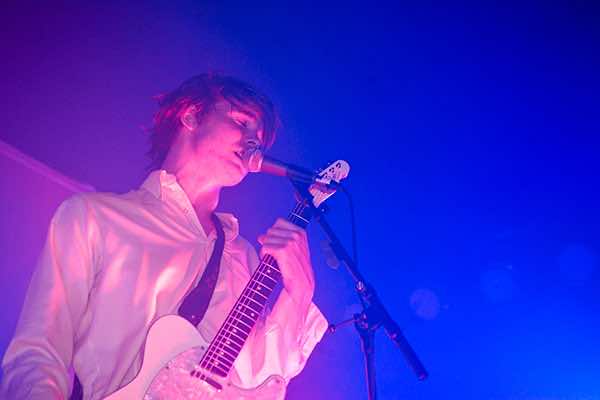 Since forming two years ago Palma Violets have signed with Rough Trade records, cut their first record ‘180’ and become firm favorites of NME. They burst into public conscious late last year with the release of 60’s psychedelic influenced single ‘Best of friends’ and have been getting bigger and bigger ever since.

Hailing from Lambeth the band, fronted by Samuel Fryer and Chilli Jesson, chose to stick close to their south London roots for the last date of their UK tour, playing at Elephant and Castle’s Coronet.

The atmosphere inside was pretty electric with a good mix of Jake Bugg look-a-like teens, seasoned indie fans, and men that were probably young during the rise of The Who. It was nice to see a band bring together so many different age groups. After the infamous Jarvis Cocker, lead singer of cult band Pulp, DJ’d for the crowd, Palma Violets jumped onto stage launching straight into ‘Rattlesnake Highway’. 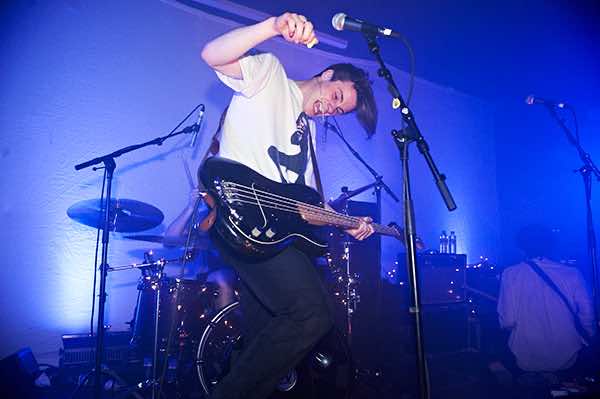 Now it has to be said, that for an Alt band, Palma Violets have some of the wildest fans. I can honestly say I’ve never seen a wall of death at an indie show before.The excitement was infectious, it wasn’t just a select few butting into each other in the mosh pit. The whole crowd was jumping and pushing and shouting, and as scary as that sounds, it was hard not to get caught up in. The band were right there with the fans, there were no barriers. It was less “we’re playing to you” more “we’re playing with you”. 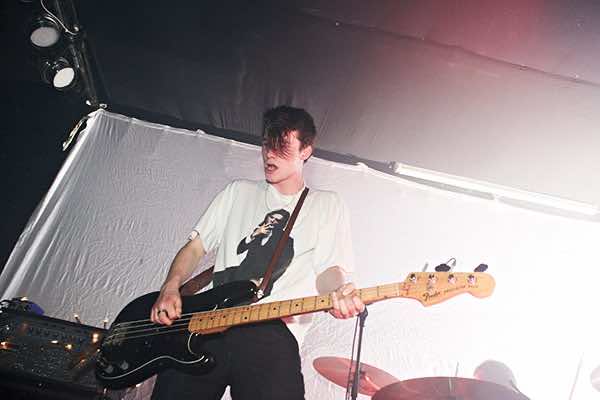 They kept that energy up for the whole set, which included most of the album, plus other unreleased tracks. They wrapped the show up by getting everyone from backstage to join them for the last song, dressed up in animal outfits. The fans tried to storm the stage, spurred on by the band, but their plans were thwarted by security. Once the show was over, the floor cleared, but the vibe remained. It was a truly unforgettable gig, and probably one of the last chances to see them in a venue smaller than a stadium.

Finally – To the guy squished right up to the front wearing a fluffy red parka – you’re a hero.