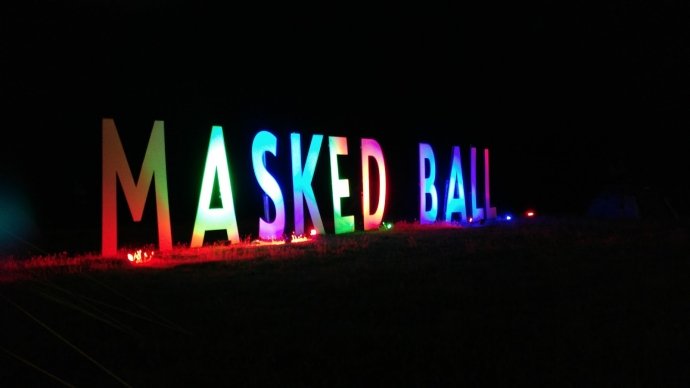 Last year saw The Masked Ball celebrate its 10th birthday. It was great, but didn’t hit the high bar set by previous events; it had lost its soul. The team promised to bounce back in style, and after a huge Halloween party back in October; the Masked Ball entered the summer of 2017 in a manner that not only surpassed any previous years but probably any other festival in the UK.

Scaling back on the high-calibre line-up that usually sees the likes of Groove Armada and Basement Jaxx take to the stage, for investing in production was the team’s secret weapon. It’s hard to know where to even begin. Perhaps with the stage that resembled a giant gramophone with the DJ box in the middle. Or even a Samurai Temple. Maybe the on-site hot tub and sauna you could unwind in during the day. How about the attention to detail throughout, from decorated pianos, benches and sheds to the live performers that graced the camp sites throughout the entire weekend? There was so much to take in, even the marquees had been given an upgrade, and of course, the sound and lighting production was pumping out quality and volume everywhere across the site.

The acme of the Masked Ball was The Underworld, and by no means of understating what it was like: it fucking blew our minds. It starts with a huge open area engulfed by six foot high Transvestites shouting obscenities through microphones. One of them approached us in the queue to say “We apologise for the delay; this is due to an earlier K-hole”. The delay was short, and we entered via a doorway of a shipwrecked London Underground train.

Through the door and down a tunnel/slide saw us enter another, open area. In front of us was a large steampunk style train, nothing short of incredible. To the left and right were tunnels leading to four different stages, clubs that were recreated from the most influential clubs to have existed: Bamboo Club, The Blind Pig, Sedgwick Avenue and Coney Island.

“Arrive at the portal after dusk and take a journey through dark tunnels transporting you into iconic venues and the legendary parties that happened within their walls…you could journey into a Brixton Squat in the 80s, Chicago blues club in the 40s or iconic New York discos in the late 70s.” 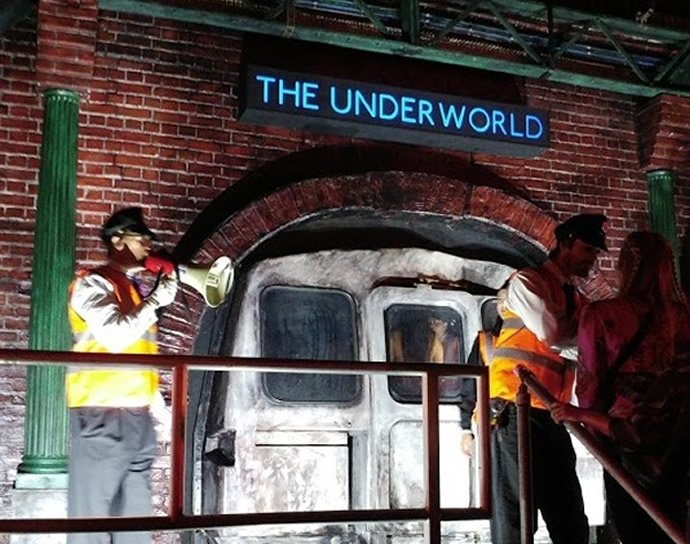 We certainly weren’t disappointed. Coney Island and Sedgwick Avenue were the most popular. Seeing a live MC accompanying a scratch DJ playing Hip-Hop classics was incredible, but the debauchery at Coney Island was unreal. Watching performers swing from the ceiling in skimpy clothing, touching each other and acting without a single care in the world was something far beyond reality, that made a unique and creative atmosphere.

What’s most surreal about The Masked Ball isn’t the low-cost ticket price of just £55, but probably the setting. The location on a headland of Porthleven in Cornwall makes for an incredible view, with the backdrop of the beaches, sea and sunshine ever visible. Sure, it rained on Sunday, but fortunately, most of it was undercover.

With the event behind us, we now look forward to a summer of festivals but have a feeling we may have already peaked for 2017. Even the mighty Glastonbury could struggle to live up to the value for money from the May bank holiday weekend we just experienced.

The next Masked Ball is 28th October and celebrating Halloween with a “Seven Deadly Sins” theme. Expect the usual carnage, located in Flambards, a theme park in Helston – and yes, all the rides open too!

In this article:The Masked Ball