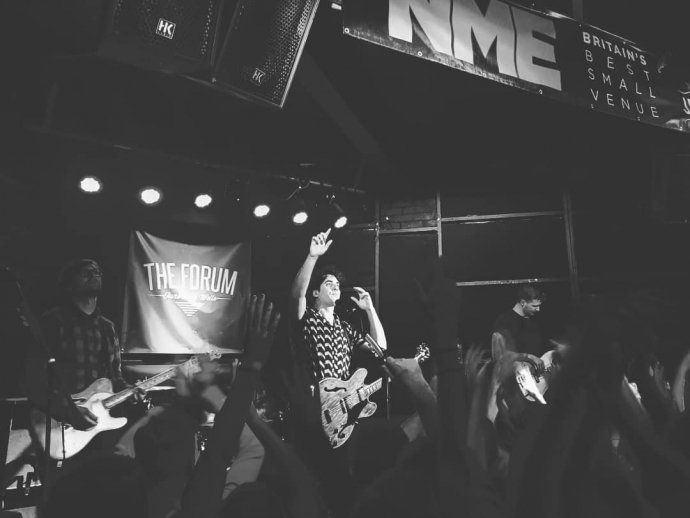 At a time where bands seem to be playing larger and more elaborate shows than ever before, Circa Waves decided to play a run of intimate gigs.

Last time we saw Circa Waves perform live was at Glastonbury Festival 2017. They hit The Other Stage early evening, in what was literally ‘T-Shirt Weather’, to a crowd of thousands. Fast forward to a dark, cold and rainy day in November and a tiny 250 capacity room is the venue of choice for the indie-rock band.

The Forum in Tunbridge Wells has played host to many incredible up and coming bands over the last 25 years, many of which have gone on to be worldwide successes. It’s even more exciting when huge bands come back to play such intimate shows, in a world where arena appearances are becoming the norm. With gigs becoming increasingly more of a visual experience as well as listening one thanks to ever-elaborate productions, small shows feel exceptionally special. Tonight, Circa Waves didn’t even have a backdrop with their name on.

This modest set-up left only one thing for the crowd to focus on – the music. With no distractions to hide behind, we got to see exactly what the band are made of. Luckily for us they proved themselves to be as talented as we thought, creating so much energy in such a small room. Their indie anthems and Kieran’s distinctive vocals sounded amplified in the small setting, intensified further by the buzzing crowd who barely stopped moving throughout the set. At one point it felt like all 250 attendees were part of a mosh pit.

“With no distractions to hide behind, we got to see exactly what the band are made of.” 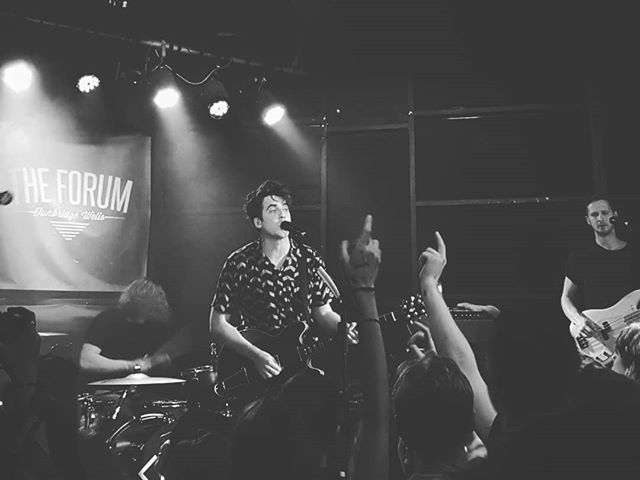 This sense of community is something that can be lost in larger shows, where people have more things to be distracted by. It truly felt like everyone was there for the sole reason to have a great time, including the band themselves. With no barrier between them and the crowd, everyone enjoyed a sense of connection that’s simply impossible at venues like the O2 Arena.

Euphoric sing along moments were plentiful, especially when the band played their energetic hits ‘Fire That Burns’, ‘Young Chasers’ and ‘Stuck In My Teeth’. They ended the short (45 minute) but sweet set with ‘T-Shirt Weather’, which seemed appropriate as we were certainly warmed up by then.

The opportunity to watch such a successful band play a show like this was truly special and reinforces exactly why music fans must continue to support smaller, local venues when they can.