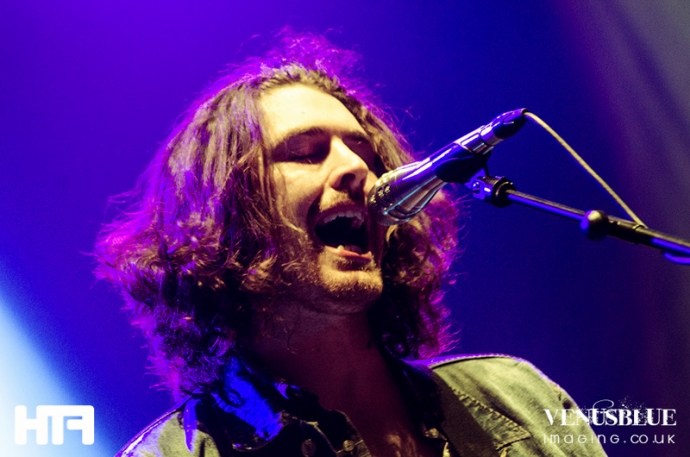 The heaving sold out crowd at Brixton Academy on the second night of Hozier’s three night stint, was diverse and broad. No matter who you were, tonight you were eating out of his hand.

Everyone was clearly completely enamored with Hozier’s performance, from the opening of ‘Like Real People Do’, right through to the stomping tracks of ‘Jackie and Wilson’ and ‘Someone New’. The backing band, somewhat gospel at times, perfectly supported the powerful voice of this young Irish boy, full of soul and undeniably drenched in blues influence.

The middle of the set stripped back Hozier to nothing but himself and his acoustic guitar to take control of the stage and really showcase his raw talent with the beaming faces of the crowd cheering and clapping their way through.

Karen from support act Wyvern Lingo joins him on stage for the beautifully sweet ‘In a Week’ and a surprising cover of The Beatles ‘Blackbird’ added to the set was a refreshing take on an already classic song; a bold move which was received well.

Hozier came across tonight as humble and inspiring with true showmanship and appreciation for his status, thanking everyone from his 6 strong backing band, to the tour manager and team backstage.

Closing with his top ten selling single, ‘Take me to the Church’, after a strong 55 minute set we are rewarded with a three song encore complete a fitting tribute to the late David Bowie with a cover of ‘Young Americans’.

As the night comes to a close there isn’t a single face in the crowd that is not left looking completely elated and, I think it’s safe to say, we are all hungry for more.

Check out our gallery from the night below. 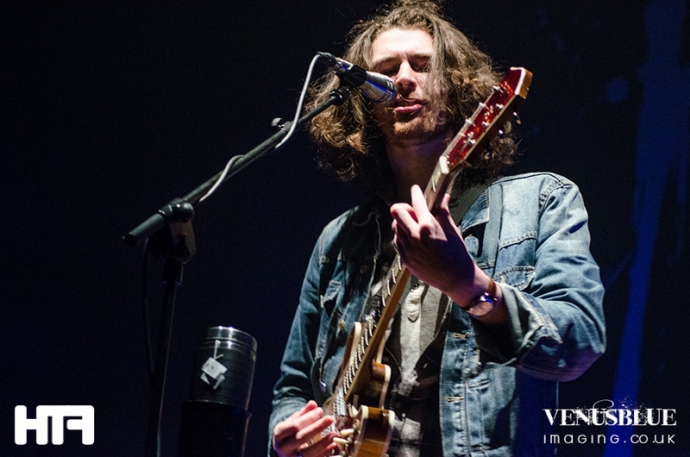 Prev1 of 9Next
Use your arrow keys to browse
In this article:Hozier