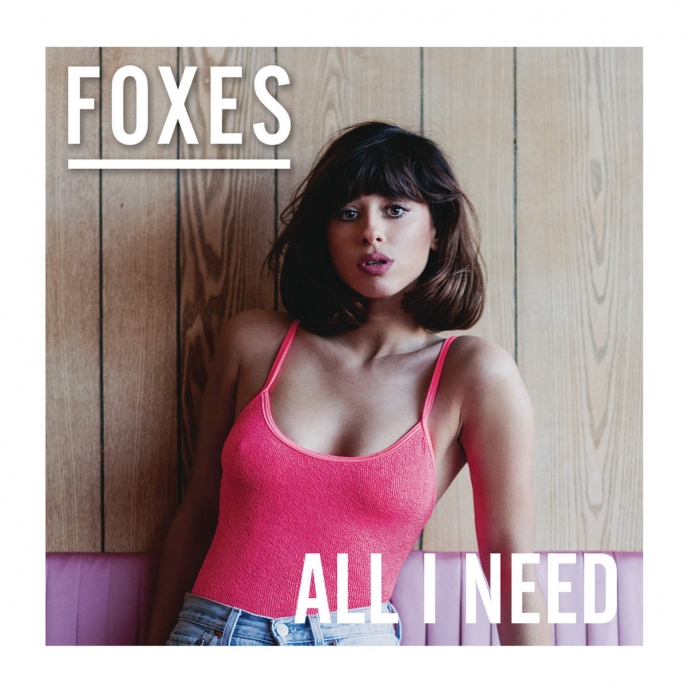 Louisa Rose Allen, who goes by the stage name Foxes, has released her second studio album, All I Need. The album has debuted in the UK albums chart at number 12 and so far has gone on to have 3 singles, ‘Body Talk‘, ‘Better Love‘ and most recently, ‘Amazing‘.

All I Need’s 59 second intro, ‘Rise Up‘, sounds like something you would expect on an album from The Corrs with its bold strings, before dropping into ‘Better Love‘ featuring Dan Smith from Bastille; and sounding somewhat similar to their single ‘Pompeii’.

‘Body Talk‘ is Foxes‘ most pop single to date with its very 70’s/80’s disco feel and infectious production and catchy chorus and it’s no wonder it’s become the albums biggest single yet. ‘Cruel‘ however, is the albums best moment. If there was any song on the record which screams “single”, then this is exactly that. Not only does its production stand out from the rest of the album, but it’s probably Foxes best song to date seeing Foxes out of her comfort zone with a slighty electro-pop song that isn’t straight up disco influenced like ‘Body Talk’. It’s repetitive chorus “Baby you’re so cruel, you’re so cruel” is like her own version of Magic!‘s hit song ‘Rude‘.

‘Amazing‘ is exactly as the title suggests. It’s summery vibe is perfect for festival season. The same also applies to the track ‘Money‘; its infectious chorus is a sing-along anthem that’s more than needed on her touring set list.

It seems Foxes has come a long way from her last album, Glorious, which seemed overly long and sometimes an effort to listen to from start to finish. With ‘All I Need‘ Foxes seems to have found the perfect balance while making sure the record contains the right amount of ballads, uptempo songs and new sounds to keep things interesting.