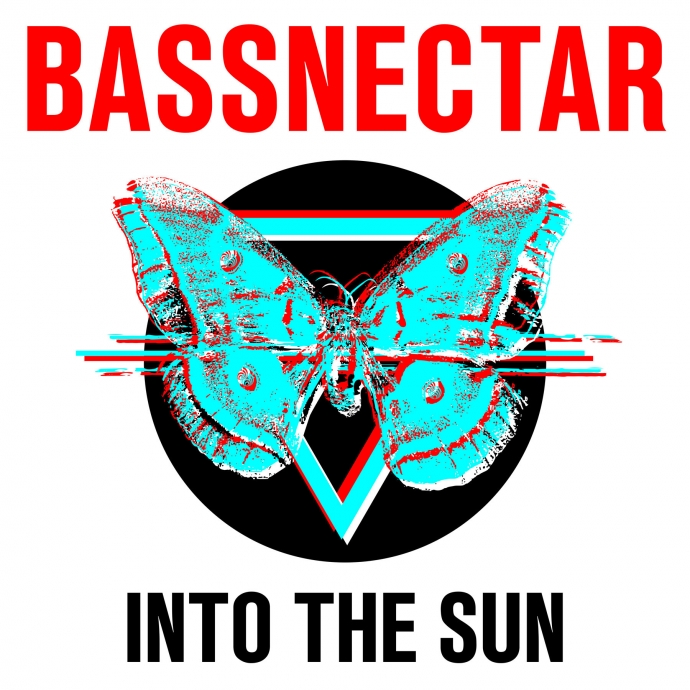 A mixtape doesn’t have to be coherent, it’s usually used in a way to show off the multiple different styles that the artist is able to enhance. Bassnectar has done 14 mixtapes, and Into The Sun is his 11th studio album. It’s funny that an artist who’s always put a lot of care into making his projects coherent – despite the quality of the projects –  has decided that with this new project he’ll deliberately not put in the effort to make it coherent. As a result of this, his new album sounds like it’s been chopped and screwed with him giving us five remixes, some trap-influenced songs, some Trip-Hop influenced tracks, some Dubstep and a myriad of other dance styles.

The album is 16 tracks long and goes on for over an hour, and with there being so many different styles there’s material that sounds dated, there’s material that sounds modern and material that’s slightly dull. The remixes on this album start with a rendition of the song ‘No Way’ by The Naked And The Famous, and what’s odd is that the only obvious remixing that’s happened to the song is the production sounds cleaner, and there’s a lot of added percussion which does nothing but take away any of the subtlety from the original song. Other remixes on here are more obvious with the way they change the track like on ‘Rose Colored Bass’ which has Bassnectar making the song a lot more basic, immediate and straight forward than the original, giving it a massive bass blaring in the background when it drops.

On some of his own material he still stumbles around searching for some originality, the track ‘Speakerbox’ with Lafa Taylor rapping over the top has him tackling the explosion of Trap music that we’ve seen over the last couple of years. Lafa Taylor’s hype-inducing rapping is probably the most entertaining thing about the song despite the fact that anyone could have delivered the lines if they put some energy into it. Despite this, the song does build to a decent drop, and it must be noted that a large proportion of this album will be sure to get people moving, but if any of this came on in a club absolutely nobody would even know it was Bassnectar because he has no distinct style or presence on this LP.

There are cuts on Into The Sun that are clearly not designed to get people to dance like the title track on here, which utilises very distant trip-hop drum beats. The song plops along not leading to anything in particular but does have some interestingly delicate synth lines before it descends into bland dubstep-esque bass material. The track ‘Breathing’ is also not designed to particularly dance to and is the most modern sounding thing on here with Bassnectar genuinely sounding like he’s trying to do something glitchy.

What’s strange about this LP is that the last track is an option to listen to this entire album in a continuous mix, almost as if it’s meant to be listened to that way. This album has no distinct style and doesn’t really bring anything new to Bassnectar’s discography. If it wasn’t for the energy that this album brings and the occasional flash of inventiveness in the compositions like the album’s opener ‘Chasing Heaven’ or the aforementioned ‘Breathing’, the album would be completely useless.

Advertisement. Scroll to continue reading.
In this article:Bassnectar