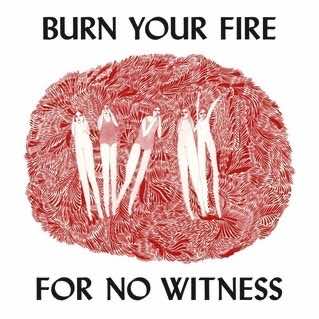 Angel Olsen made her return to London for a show at Camden’s Electric Ballroom last week, continuing the tour of her critically acclaimed album ‘Burn Your Fire For No Witness’. This release, her second album, was far quicker to set sales ablaze; the success of 2012’s debut ‘Half Way Home’ relieving her dependence on word of mouth for recognition.

Olsen’s cool combination of indie-sass with the warmth of her folksy songwriting style is refreshing; the singer’s versatility of tone between songs making her an altogether more appealing package. And as expected, this tone transferred seamlessly into her stage presence; her full live band bringing a bite to some of the more melancholy sounding tunes – her solid iron stare distinguishable even through the silhouette formed by bluish glare of the stage lights.

Songs like ‘Unfucktheworld’ and ‘Lights Out’ were perfect examples of this spirit, as they brought an undeniable intensity to songs already so rich in tension. Olsen leant mostly towards material from her second album, chucking in a few hits from her debut. ‘Forgiven/Forgotten’ was the most upbeat rendition of the night, with the quick tempo of its opening riff welcoming a bit of movement not seen at any other point – the atmosphere for the most part more of a cuddling couple’s sway.

A truly touching cover of Fleetwood Mac’s ‘Dreams’ brought us towards the end of a set bringing just what anyone who fully realises the brilliance of ‘Burn Your Fire For No Witness’ would hope for – the live show matching and if anything surpassing the raw emotion and charisma of the album.