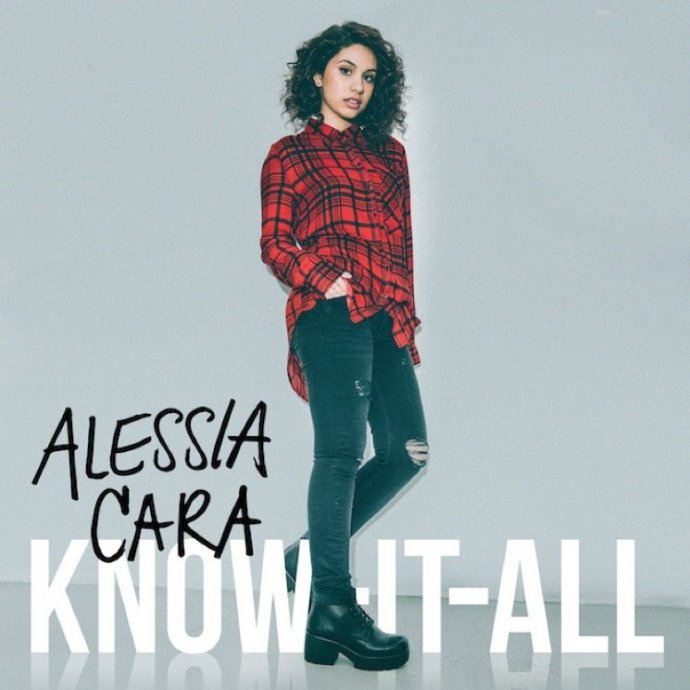 The 19-year-old singer-songwriter and BBC Sound of 2016 nominee Alessia Cara has released her debut album Know-It-All after her critically acclaimed debut EP Four Pink Walls was released earlier in the year. The album has already debuted in the top 10 in the US at number 9 and top 20 in Canada.

The album’s first five tracks are the same track listing as her EP. ‘Seventeen’ still remains one of Cara’s best songs with her singing about wanting to stay seventeen and wishing she could go back. For a singer-songwriter, Alessia has the audience relating instantly.

Her debut single and breakout hit ‘Here’ still sounds as good as it did when it first dropped. The Portishead sample of ‘Glory Box‘ is very captivating and draws you into the lyrics. For someone at a young age, it’s refreshing to hear Alessia singing about being against what most young teenagers feel they need to be doing – partying, drinking and doing drugs constantly.

The albums cute number ‘I’m Yours‘ is the first love themed song on the record and it’s really endearing. The second single to be released is ‘Wild Things‘ and it’s the first song on the album that comes after the EP tracks, picking up where it ended in terms of sound. The very catchy chorus is also very radio friendly.

The only collaboration on the album is ‘Stone‘, which features her good friend Sebastian Kole who is responsible for producing a multiple of the songs on the record. ‘Stone‘ is a slight acoustic track that has an autumn feel to it. ‘Overdose‘ is about a rollercoaster relationship, which is one of Cara‘s most engaging songs. ‘Scars To Your Beautiful‘ is about women in the industry and how they feel the pressure to change themselves to make others believe they are beautiful and is one of the albums high points and is ready to be a single.

With all the hype around Alessia over the past year, it’s safe to say that she 100% lives up to it. She has her own sound with lyrics so mature for a young teen. Cara is only going to get bigger and better and it’s so exciting to see this talent continue to grow.

In this article:alessia cara, know-it-all