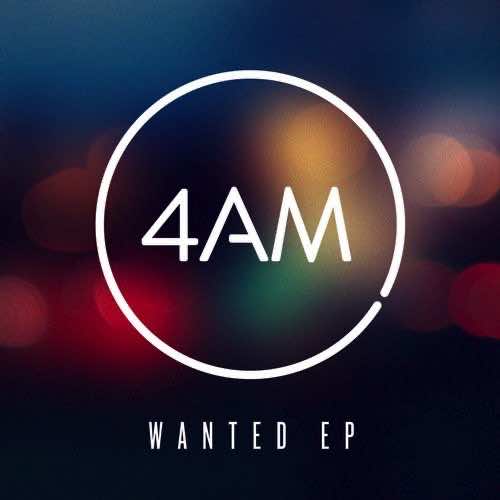 Brand new producer 4AM from Bristol released his debut EP titled ’Wanted EP’ on Pilot Records showcasing his ability for production and a varied sonic electronic pallet this month. With him he brought a couple of friends along including Georgina Upton on vocals, and a remix of one of his songs from RAM Records’ latest protÃƒ©gÃƒ© Chords.

4AM’s ambition in his production is clear from the start, as the opening title track kicks off with a jarring, irregular drumbeat that clanks along underneath Georgina Upton’s sweet, almost commercial sounding vocals.
The melody is not anything to blow you away by, but it is complemented nicely through the instrumentation. There are so many little layers thrown into the mix to create a sound that is always trying to catch you off guard or intrigue you. For example, there is a constant crackling noise throughout the entire song sounding like it has been taken straight from a record player, giving the song a strange sense of authenticity.
The real treat in this song comes when the beat drops. It feels like a breath of fresh air when the jarring beat stops in favour for a more coherent rhythm which allows 4AM to almost jam, and sound like he’s having fun over the top of it.

The remix of this song by Chords is solid. He takes Georgina Upton’s vocals and actually makes better use of them than 4AM did. He makes them sound like they sound like they were made to be on this remix. There is a distorted bass line that runs throughout the song that although is a treat to listen to, it ends up making the drop a bit lacklustre by drowning out any other sounds within the mix.

The second song ‘If’, which is the standout track on the EP, is definitely a change of pace compared to the first song. The song goes down a route which shows elements of ambient drone, garage and dubstep. This song has a very stop/start notion in the instrumentation with sudden changes in tempo by throwing in big drumbeats almost spontaneously.
Half way through the song there is a singular verse with these beautiful vocals drenched in reverb, while piano keys play softly behind them. 4AM demonstrates once again how to compliment the vocals with his production, and how to break up a song to constantly keep it entertaining.

While the first two songs were very different to each other it still seemed to feel like a coherent EP, the third song unfortunately does not. It’s a straight up garage club jam that features synths echoing and flittering around. There’s clearly a big contrast which the music and vocals like in the opening track on the EP which makes for an interesting listen, but unfortunately it does not pack the punches and surprises that the first two songs offer.

This EP feels like 4AM was just trying his hand at different styles and sub genres of electronic music and for the most part he is doing well, but by the end his willingness to do songs that have no coherence with each other shows.
What he needs to do is refine his influences and find his strengths which at the moment lie in the production of the first two tracks. His ability to compliment his singer’s vocals is brilliant but this would be a lot more noticed if the melodies they were singing stuck a bit more. 4AM shows a lot of potential on this EP though, and is definitely on his way to finding his feet as a producer. We’re definitely excited to see where he goes next!