Against The Current have all the makings of a rock band — they’re signed to punk haven label Fueled By Ramen, their live shows have a full band set-up, and they’ve toured with the likes of All Time Low and Fall Out Boy. Their downfall in all of this, however? They’re poppier than a Fanta factory.

New tracks ‘Strangers Again‘ and ‘Almost Forgot‘ are a true testament to that fact. Between the over-produced, auto-tuned vocals and lack of any real guitar parts, it’s clear that Against The Current are desperate to appear commercial rather than be seen as sticking to their roots. It’s a sad loss for the rock industry — sort of, since they are still classed as alternative so will be forced on to that side of the fence regardless of how far they divert from a traditional rock sound.

We’ve seen this sort of drastic change before, in bands like Paramore, but the fact of the matter is that Against The Current have never been the heaviest of bands anyway. These new songs will no doubt go down a treat with their devoted fanbase, but they leave a lot to be desired for those who want a bit more bang for their buck. Literally.

Next thing we know they’ll be touring with Britney Spears…

You can check out both of Against The Current’s new tracks, ‘Strangers Again’ and ‘Almost Forgot’, below. If you dare…

Advertisement. Scroll to continue reading.
In this article:against the current 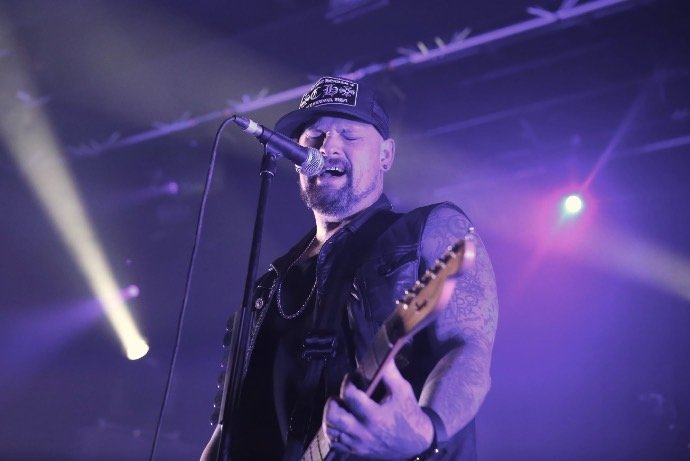 We checked out Good Charlotte in Manchester on their recent UK tour for a night filled with nostalgia and sing alongs. Read our full...

Good Charlotte have just released a video for their new single 'War' and announced the support for their UK tour. Check out the details...

Escape The Fate Cover My Chemical Romance – Here’s Our Top 5!

Escape The Fate covered My Chemical Romance's 'Dead!' live at a gig — here's our top 5 MCR covers to celebrate!

Servers – To Hell With You | Video Of The Week

Well done to Servers! 'To Hell With You' has been voted our new Video Of The Week. Get voting for next weeks winners here!