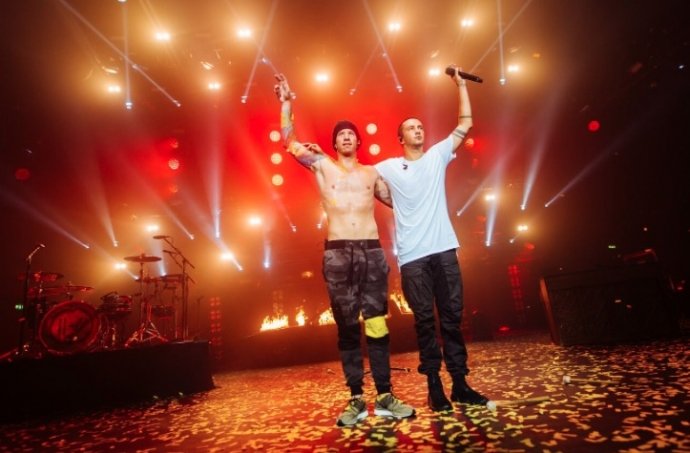 After over a year of radio silence, Twenty One Pilots are back at it again. Small promo videos and logo posters sprang up everywhere first across social media and on billboards. Then all of a sudden news broke of a new album, four new music videos were released in quick succession and a 2019 arena tour sold out immediately. If that wasn’t enough for their loyal fans, an event named ‘A Complete Diversion’ was announced and social media was whipped into a frenzy with speculation as to what this could be. Tickets to the event became equivalent to the golden ticket to get into Willy Wonka’s chocolate factory. Pre-registration was required in hopes of receiving a code to purchase a ticket, and anti-touting rules were strict. As you would expect these tickets sold out before you could say “A Complete Diversion”, with only a few being lucky enough to bag the prize, a place at an exclusive return show in London.

Fast forward to the evening of the event, and as I stepped out of the tube station at Brixton, there was a notable buzz as a stream of fans made their way to the Academy. Many people were sporting the new TOP image of camouflage clothing and yellow tape already, and those that weren’t were quickly DIY’ing their outfits with yellow bands of electrical tape. By the time I get to the venue, the majority of fans had already entered, and I overheard whispers that some had been camping since the previous Friday – true dedication. 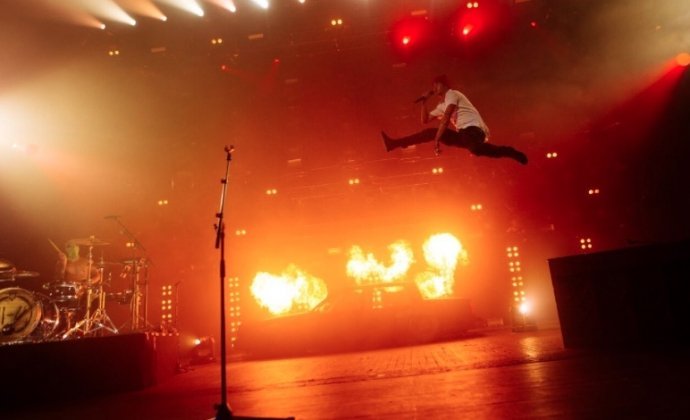 This was my first visit to the 02 Brixton Academy and it quickly became one of my favourite venues in London. It’s tiered layout allows for a great view of the stage even from the very back. As time went on the crowds began to chant with anticipation, still uncertain of what was about to take place. You could just tell that everyone was just excited and grateful to be there to witness it. With no support band, the masses filled the space ready for something special.

A repetitive ambient soundtrack played, until suddenly, blackout. The crowd goes into a fit of hysteria. And our heroes take the stage. From the offset, we are treated to the live debut’s of plenty of new material, ‘Jumpsuit’ followed by ‘Levitate’ both sounding phenomenal, as well as being visually stunning with a car set on fire burning towards the back of the stage imitating the already released music video. As the set continued we are graced with crowd favourites including ‘Stressed out’ and my personal favourite ‘Car Radio’. Amongst all the classics we have two more live debuts with ‘Nico and the Niners’ and the most recent video release ‘My Blood’. Every track performed with energy and passion to the baying crowd.

The audience is loving every second and is singing along to every single word, new and old material, almost drowning out Tyler’s vocals. We see a lot of what we expect at a Twenty One Pilots show from backflips off the piano to Tyler being held up by the crowd, Josh Dunn drumming on a platform and of course confetti, lots and lots of confetti (but this time it’s yellow). This is a show in the true sense. Entertaining, electric, and something to be appreciated in-person. Evert track is a rightful hit and never is the ball dropped. 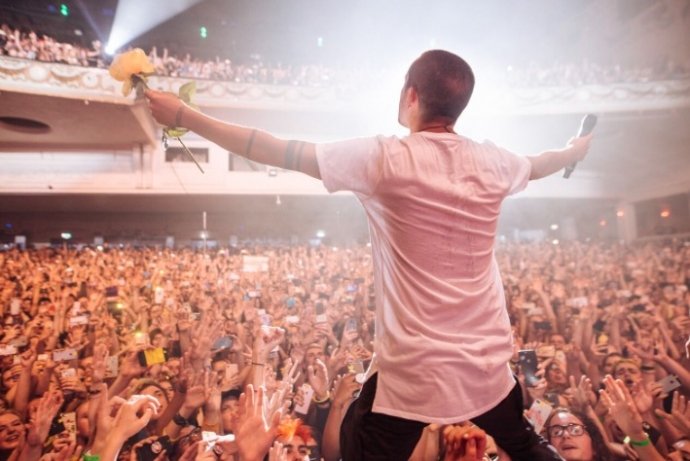 The show ends with a beautiful performance of ‘Trees’ another of my personal favourites. 90 minutes, has disappeared in the blink of an eye. Time flies when you’re having fun, and Twenty One Pilots are nothing if not that. As the house lights come on and the fans spill out into the streets of Brixton it is very clear that band are back in full force, raising their game even higher than before, and in the next 12 months, are only going to grow that fanbase into an even bigger and more passionate beast.

In this article:twenty one pilots