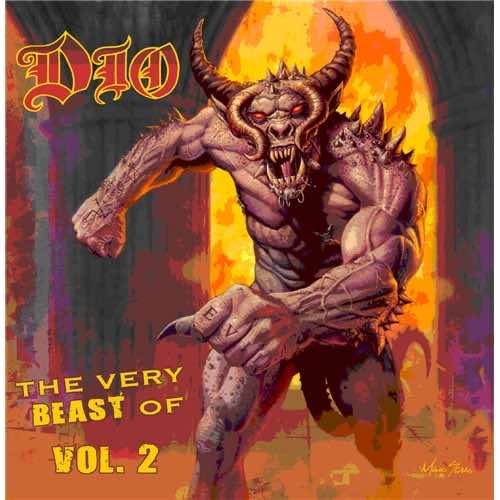 As well as fronting legendary rock bands such as Rainbow, Black Sabbath/ Heaven and Hell and Elf, Ronnie James Dio also fronted his own solo band, Dio. The band produced tracks such as ‘Holy Driver’, ‘Rainbow In The Dark’ and ‘The Last in Line’ amongst many others.

On Monday 8th October the second volume of Dio’s best tracks will be released through Niji Entertainment. The album entitled ‘The Very Beast of Dio Vol 2’ is the follow up to the gold- certificated volume 1. The first volume was only released in America and Canada, but volume 2 is set to be released world wide.

The 17 track CD picks up where volume 1 ended: 1996 onwards. Included alongside the tracks will be liner notes penned by a friend of Ronnie’s, Eddie Truck from ‘That Metal Show’ as well as a front cover painting by artist Marc Sasso.

The track listings for the CD are as follows

4. Along Came A Spider

5. Better In The Dark