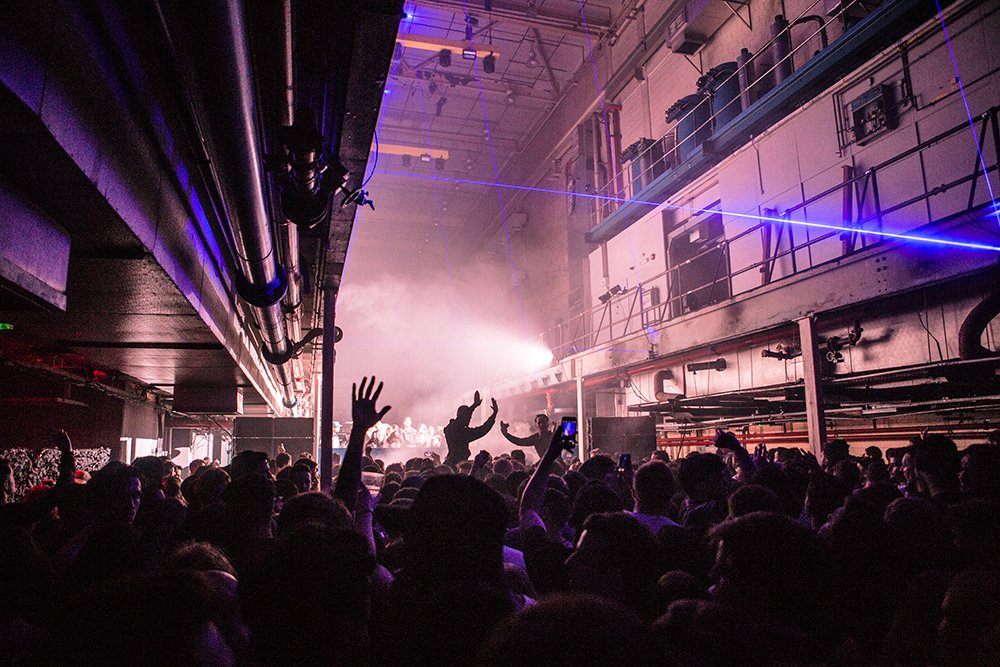 Unless you have been living under a rock, you have heard about the epic new venture from the team behind LWE, that was unveiled and opened to the public just over three weeks ago. I am of course referring to Printworks. The new 5000 capacity industrial playground, that is now host to a whole series of incredible daytime raves!

In the aftermath of the opening extravaganza, we grabbed a few minutes with Paul Jack, one of the directors of LWE, eager to see whether their feet have managed to touch the ground after giving us what appears to be, the best thing to happen to UK nightlife in years.

With the first event in the bag, Paul explains; “We were all certainly a little nervous before the doors opened. As with any new space, no matter how much you plan in advance, there is going to be an element of uncertainty until the show actually happens.”

Thankfully the nerves appear to be a distant memory, as the consistent hard work and attention to detail from the team at LWE certainly paid off.

“The debut show was a real success, and with a vast amount of positive feedback from clubbers and artists alike, It was amazing to see it all come to life! It was amazing to see everyone’s excited expressions as they first stepped through the doors, all the way through to when the full lighting show was unleashed! Loz Poulton our production manager certainly had his work cut out, and to see his creative vision in action was a really exciting moment for us all. Printworks has arrived! 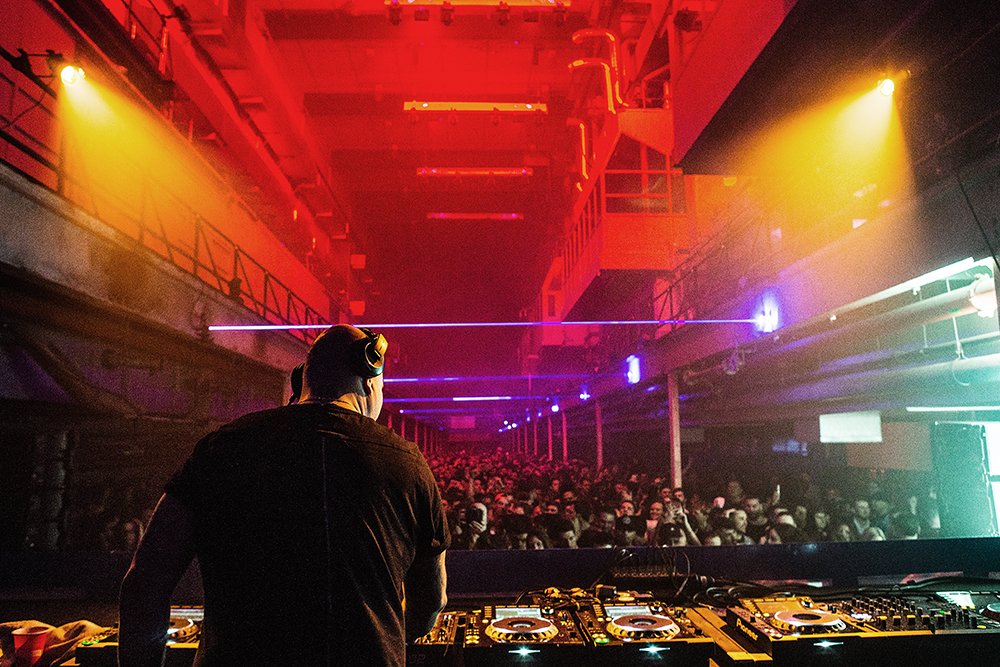 The level of production at Printworks really does have to be seen to be believed. The bar has certainly been raised, and it’s obvious that a great deal of thought and planning went into executing the perfect compliment, between the industrial setting and the music.

“The production manager Loz Poulton designed the lighting installation, working alongside Wolf Lighting and Jonny Godsmark. His inspiration for the moving truss came from a crane used to install the original printing presses. The idea was to make the rig look like an existing industrial element of the building. The fact that we can alter the position of the lights throughout the show, allows us to continually change the atmosphere and intensity on the dance floor.”

Thankfully so many promoters are now very much aware that people are no longer accepting sub-standard sound and production. It is something of a constant subject among any seasoned clubber. Yes, it might look good, but did it actually sound good?

The fact that this old printing press is basically solid concrete means that the music cannot be heard outside the venue, which can be slightly weird when you are walking up to it for the first time. But once your inside, the clarity and punchiness of the L-Acoustics sound system in room one is really unparalleled. 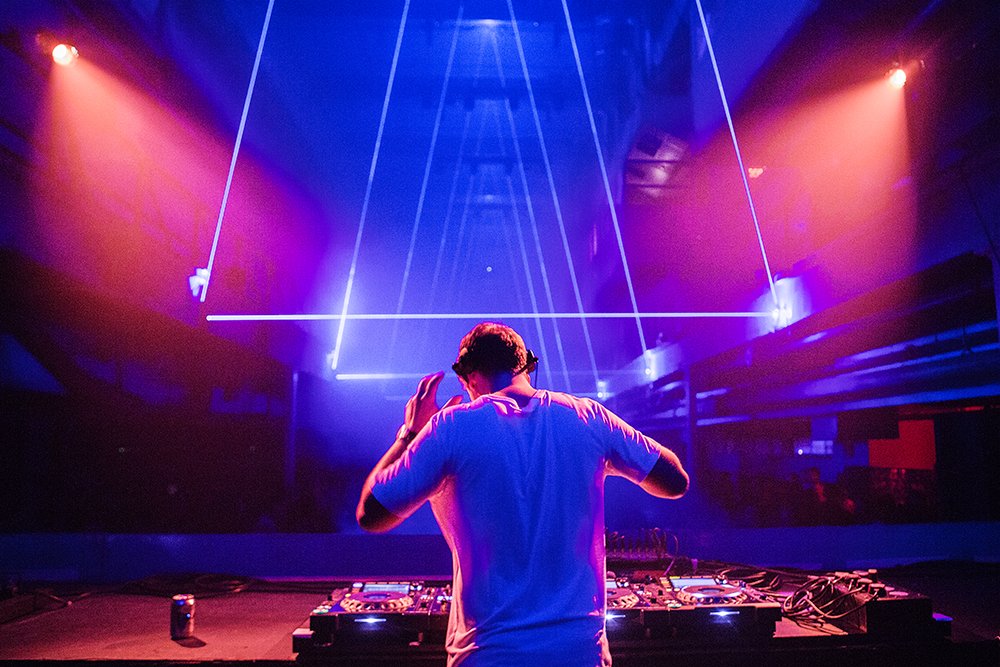 Now well into the first series of events, Paul assures me there is already plenty of planning ahead for series 002, and even some alternative content outside of electronic music over the summer.

Those who know of LWE well will know they are famed for their daytime events at Tobacco Dock, and thankfully with the opening of Printworks, these will show no sign of taking a back seat. Spanish party giants Elrow will be making a massive debut at the venue on the 11th March, which sold out in record time. With the Easter weekend also looking packed out for Hospitality, and SidexSide with Jamie Jones.

Last year we also saw the inaugural edition of LWE’s Junction 2 festival, which is back again this coming June. Personally, I am keen to see whether the overwhelmingly positive response to last year’s first edition, continues to carry over. Expectations will now be high for anyone that missed out on it last year.

“Junction 2 was a big moment for us at LWE, it was the first time we ventured into producing our own festival, we are approaching year two with just as much excitement and careful planning, to ensure that not only is it just as good, but even better. With the addition of a new bespoke main stage featuring our friends from Time Warp, and SONUS festival. And even a new smaller stage supporting new talent with Into The Woods.” 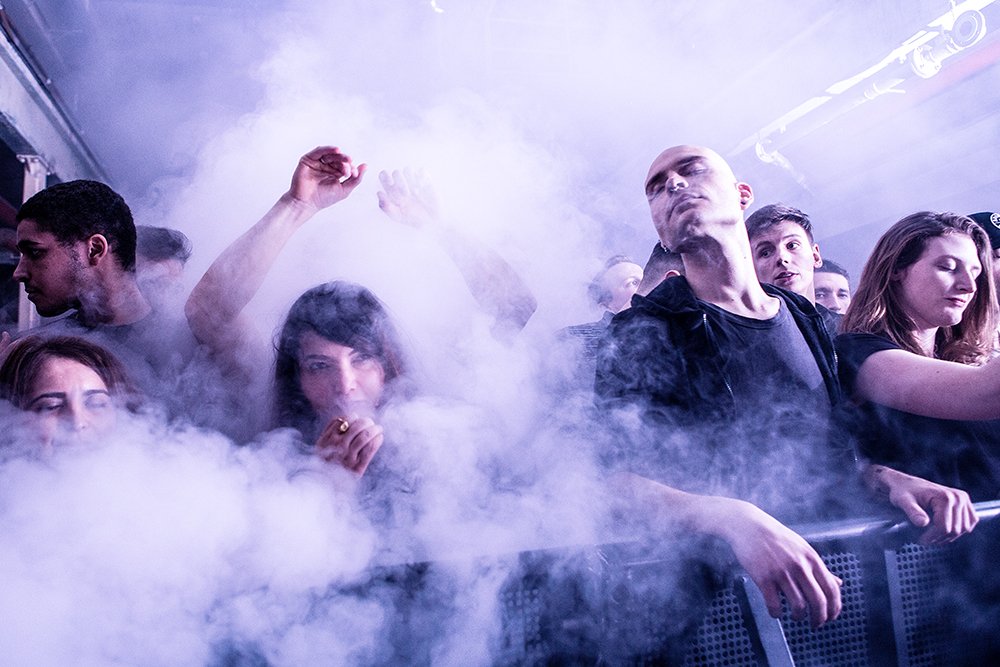 This week’s show at Printworks will be presented by Junction 2, and LWE’s long time partner, Adam Beyer. Having worked together across a number of events with Drumcode over the last six years, Adam will be playing an extended eight-hour set this Saturday, as a pre-party for the upcoming festival. Not one to play for elongated periods, this will be a real treat for any fan of Adam’s own breed of techno.

“From the first event together, we knew we all shared the same high standards. We have all wanted to keep building and evolving concepts, and this relationship has built over time. Finally, we decided to embark on our first festival venture together as partners. It has been over 4 years since we have managed to convince Adam to play such a long extended set. He was blown away when he saw the Printworks and it’s the only reason we have managed to convince him to do this again.”

Understandably a lot of the Printworks events have already sold out, but there are still some shows available. Go and check out what you can still get your hands on here; Printworkslondon.co.uk

With the full lineup for Junction 2 having recently been announced, tickets won’t stick around for long. Avoid disappointment and get involved now, before you have to read about how amazing it was again –  Juntion2

Keep your eyes peeled for more updates from this incredible venue.