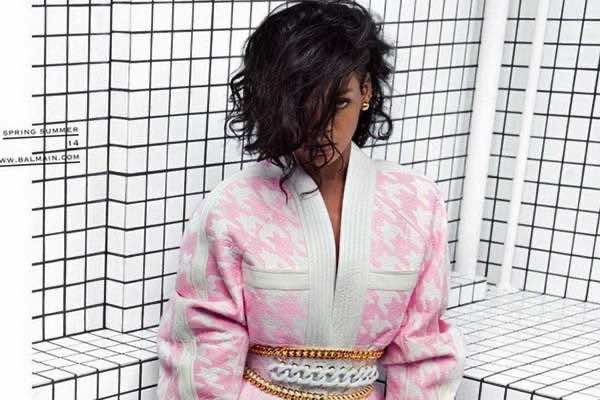 Balmain is amazing in it’s own right but Olivier Rousteing of Balmain created its 2014 Spring Campaign around the multi talented recording artist Rihanna. Rousteing was so inspired by Rihanna when she made a visit to his studio last year and rightfully so, she looks amazing in the collection. In addition to Rihanna looking amazing, the collection itself is just out of this world, which is no surprise for this French fashion house.

Above are two just released behind the scenes videos from the campaign in which Olivier Rousteing is professing is reverence for Rihanna. Rihanna has such a quality about herself that she can make just about anything look good which is probably why she has had several makeup collections created around her and a collection by Tom Ford designed around her as well.

We should all be so lucky to have collections inspired and created after us right? Well, in the meantime watch the two backstage videos Olivier Rousteing and Rihanna talking about their admiration for each other.