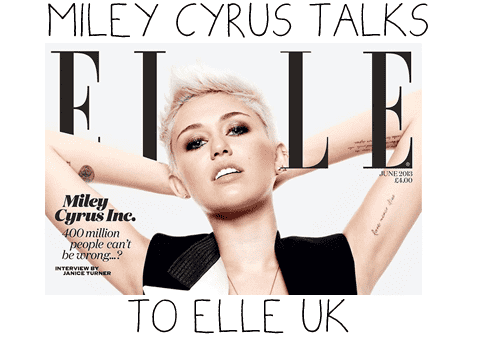 With a relationship status that changes as much as her style, it’s no wonder Miley Cyrus chooses not to discuss her relationship with fiancÃƒ© Liam Hemsworth.

Since her last feature cover for Elle UK, Miley is almost unrecognisable as the child she was only a few years ago. Having now he’s dodged allegations of drug-taking, had a complete style change, got engaged and is now keeping herself set into her career. It seems Miley has matured out of her teens and is focusing on what’s closest to her. 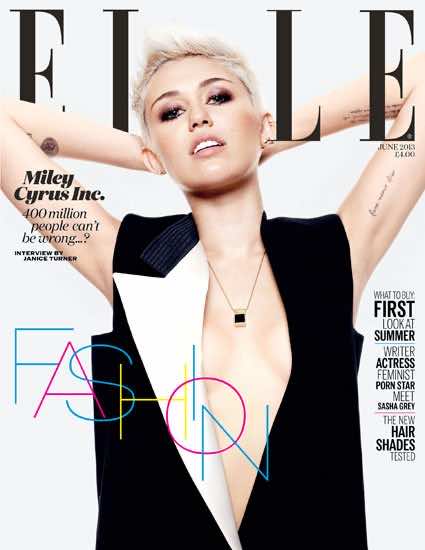 Holding a fan base of over 11 million followers, Miley’s openness and carefree attitude to posting about her private life must have taken it’s toll on the star. After countless rumours circulated about the couples rocky relationship, spurred on from her Tweets, it seems Miley is keen to restrict her online activity. “I’m much more… not conservative, but you don’t see a picture of my dogs. You don’t get that personal stuff any more.”

Miley’s been a busy lady, recording new material with Pharrell and countless magazine shoots – including a second Elle UK cover shoot to her name – perhaps Miley’s abandoned her hype-driven lifestyle in favour of the sophisticated style shown on the cover. With Liam’s work most recently taking him to the Philippines for a fresh Bench campaign, it’s clear Miley’s head over heels for the Australian hunk. “I don’t have time to go to Starbucks with my boyfriend every morning. I wish I did, but I don’t.”

After all the ups and downs, the lovebirds are happy to keep their relationship relaxed, telling Elle: “It just seems right to be wearing this ring and to be committed. But we keep our relationship low-key and don’t talk about it any more.”

Since getting engaged last year, there’s been no hint of any wedding bells anytime soon. No hearsay of hushed secret locations, and certainly no sightings of any white dresses. Perhaps Miley is learning from her teenage mistakes and taking her relationship slowly.

In this article:Liam Hemsworth, Miley Cyrus