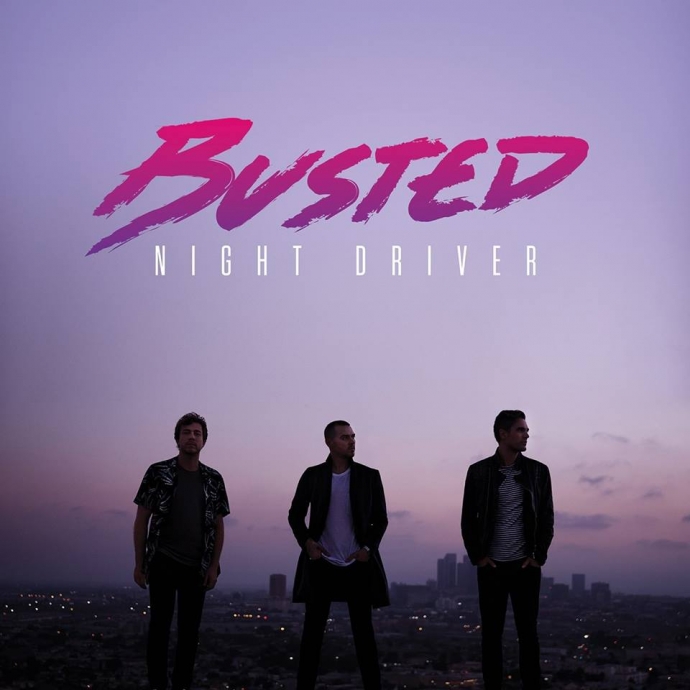 At the very height of their popularity in 2003, Busted headlined London’s Hammersmith Apollo to a packed crowd of adoring fans. 14 years later, they have returned triumphantly do the same thing again, only this time the future seems much brighter.

The Busted we see on stage in 2017 is almost unrecognisable from that of the early noughties, kicking off the show with the dream-like, electronic pop of ‘Kids With Computers.’ There are no gimmicks on this tour; no inflatable pigs or fans in masks on stage, it’s just them and their music. It’s in this intimate, stripped back environment where the songs from their new album – Night Driver – come alive. From the energetic ‘Thinking of You’ and ‘On What You’re On’ to the more chilled ‘Without It,’ each song sounds fresh and dare we say it, grown-up. Wearing silk jackets and playing electric pianos in front of a retro pink and green backdrop, Busted have never felt cooler.

Of course, there’s still a generous helping of Busted classics in the setlist too. Hearing old and new songs back to back highlights just how much the band has developed, though so much energy is put into every track that they work together. ‘Who’s David’ and ‘What I Go To School For’ are given the Night Driver treatment, boasting a slower tempo than usual and a more electronic sound, providing a refreshing twist on much-loved tracks. Charlie Simpson’s vocals and his ability to hold long, dominant notes steal the show, and even his band mates look impressed. The entire set sounds incredibly slick and their years of experience shines through. Although they haven’t been back as a band for long, they appear so relaxed on stage together it’s almost as if the 12-year break never happened.

Whether new or old records, the crowd sing back every word loudly and the cheers are almost deafening at some points. It feels as though they’ve never been so popular, with people of all ages here, male and female, having the greatest time. That’s the thing about Busted; above everything else, it’s always unbelievably fun.